SoFi CEO Mike Cagney announced early Friday morning that he is stepping down effective immediately from the role of CEO as controversy surrounding the company intensifies.

The announcement significantly moves up Cagney’s original statement at the beginning of this week that he planned to step down by the end of the year.

However, over the course of the week, the news about SoFi’s alleged toxic culture only heightened, with a lot of news coverage placing Cagney at the center of the issues.

The company is currently dealing with claims that the company fired a former employee for reporting sexual harassment allegations to his superiors.

The former employee, Brandon Charles, formerly a senior operations manager at SoFi, said in a lawsuit that he witnessed his female colleagues being harassed by managers.

Cagney adamantly denounced the claims saying, “To be blunt, that kind of behavior has no place at SoFi, and we’re not going to tolerate it.”

“These allegations are being thoroughly investigated by outside attorneys we have engaged. To the extent we determine that there is any truth to the allegations, swift and severe action will be taken. Jing will be following up with an anonymous means for employees to provide our counsel information that could be helpful to their investigation,” he said in a company email to employees, which was published in a blog on SoFi’s website.

Both announcements on Cagney’s departure gave little detail on why he was leaving and made no mention of the lawsuits against the company.

“I believe now is the right time for SoFi to start the search for a new leader,” Cagney said in a statement. “I could not be more proud of the company we’ve built together, and I look forward to passing the baton to a new CEO who can continue SoFi’s mission of revolutionizing personal finance, helping our members to get ahead and find financial success.”

When the company made the announcement on Monday, it stated that Cagney planned to step down as CEO before the end of 2017. The company added that it already began searching for Cagney’s replacement as CEO, and said that Cagney will remain in the role until the board names a successor. 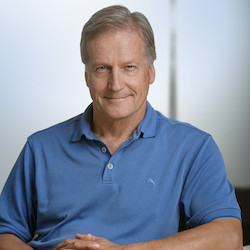 According to the company, Tom Hutton (pictured left) was selected to serve as SoFi’s executive chairman, effective immediately.

But with this new announcement, Hutton will now expand his responsibilities and become interim CEO effective immediately, assuming day-to-day leadership of the company.

According to the company's announcement on Monday, the board has accepted co-founder Mike Cagney’s resignation as CEO and as a member of the board effective immediately and will accelerate its search for a new CEO,

“SoFi’s management and employees have built a remarkable company, and I look forward to helping the company continue to grow,” Hutton said on Monday. “The business is strong, stable and well-positioned. For now, there is no more important work than paving the way for future success by building a transparent, respectful and accountable culture.”

The San Francisco-based peer-to-peer lender got its start in student lending and moved into mortgage lending in late 2014.

Since the news came out about the company’s alleged toxic work environment, publications have also questioned SoFi’s mortgage practices.

Included in Fast Company’s coverage of the fintech company is a bold claim that “in the first round of SoFi mortgages, some homes lacked appraisals.”

[The implication of the accusation, if true, is outlined in a HousingWire blog here.]

SoFi, however, in a response to HousingWire, gave more context around the claim, which isn’t a surprise given that if the claim was true it would be even more bad business for SoFi.

“In late 2014, we tested a simplified version of our home mortgage product that used paystubs for income verification and did not require home appraisal. The test did not proceed into a launched product, and we launched our mortgage product with requirements for full income verification and home appraisal, which is still the case today,” SoFi spokesperson said.

“All of these mortgages met the ability-to-repay standards promulgated by Dodd-Frank and none of these pilot mortgages were ever sold to investors, and we continue to hold those loans on our balance sheet,” they continued.