Hurricane Harvey hit South Texas as a Category 4 storm, the first major hurricane to make landfall in the U.S. since 2005.

In addition to the lives tragically lost, estimates show the damage could total in the tens of billions of dollars, according to a report, RMBS 2.0 Exposure to Hurricane Harvey Affected Counties, released by Kroll Bond Rating Agency.

CoreLogic, a leading global property information, analytics and data-enabled solutions provider, conducted an analysis for the flooding occurring due to Hurricane Harvey. The analysis showed 52% of residential and commercial properties in the Houston metro are at high or moderate risk of flooding, but are not in a Special Flood Hazard Area as identified by the Federal Emergency Management Agency.

KBRA used the Texas and Louisiana declared disaster areas, specific to Hurricane Harvey as of Monday, to identify properties in the related securitizations. Within these counties, the process for identifying exposures could overestimate exposure relative to actual damage as effects of the storm may be localized within a given county. However, given that the storm is still active in the area, the affected area may increase in size through the coming weeks.

The map below shows the exposure predictions from KBRA: 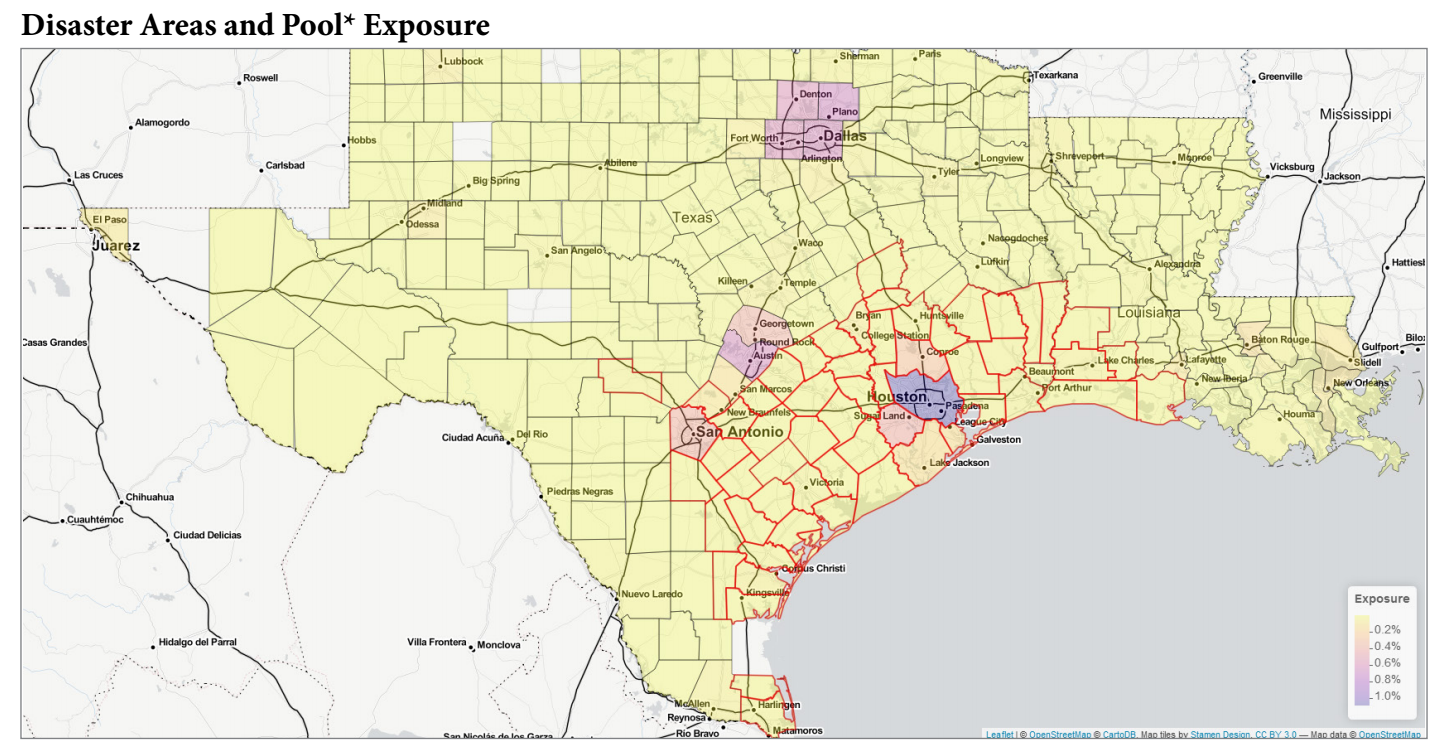 The hurricane is expected to cause flood damage of at least $35 billion, according to Robert Hunter, Consumer Federation of America director of insurance. While this is about the same level as Hurricane Katrina, most Louisiana homeowners had flood insurance, according to an article by Bernard Condon and Ken Sweet for USA Today.

Hunter estimates only about 20% of homeowners affected by Harvey have coverage, according to the article.

“Hurricane Harvey has claimed lives and has been estimated to cause billions of dollars to residential and commercial properties,” KBRA wrote. “Our sincere thoughts go out those who are affected by this disaster.” 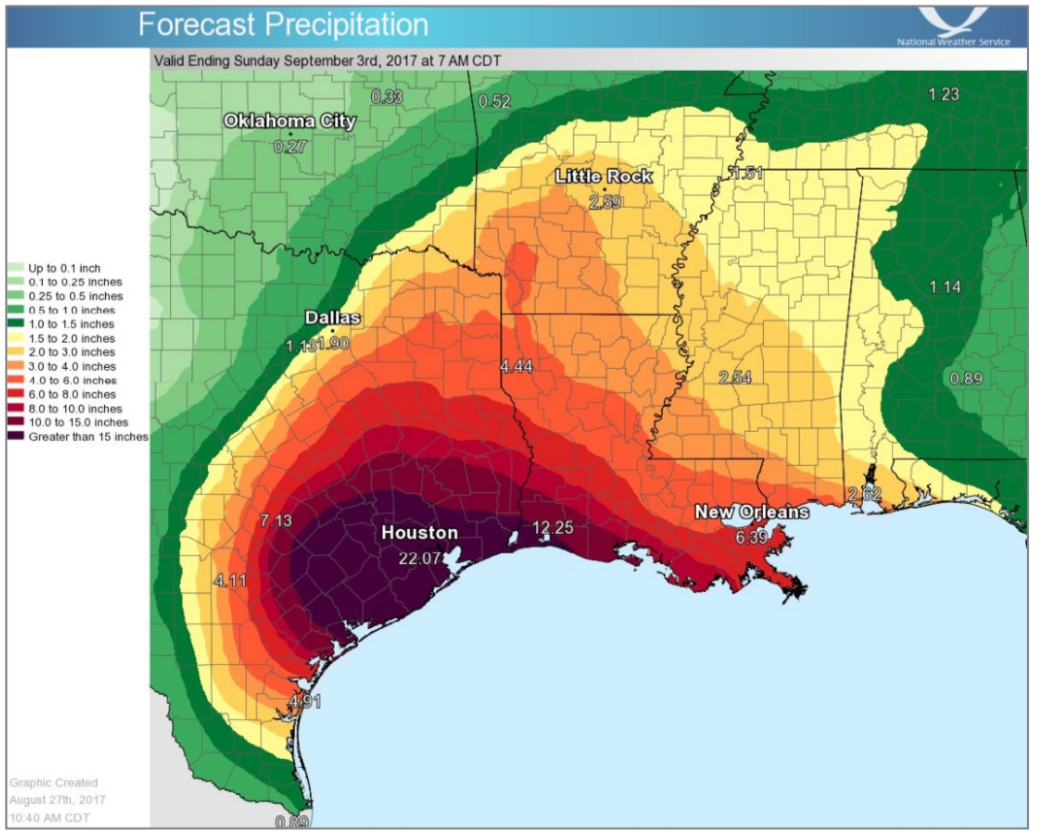 The housing industry continues its effort to help victims of the hurricane. For example, Wells Faro and JPMorgan Chase each donated $1 million for Hurricane Harvey relief efforts. Click here to see what other companies are doing to help the hurricane victims.