California’s infamous housing situation isn’t getting any better, with the number of people that can afford that Golden State’s averaged-priced home dropping even lower.

According the California Association of Realtors’ Traditional Housing Affordability Index, only 29% of California households could afford to purchase the $553,260 median-priced home in the second quarter of 2017. This is down from 32% in first-quarter 2017 and down from 31% in second-quarter 2016.

The drop also marks the 17th consecutive quarter that the index has been below 40% and the lowest since third-quarter 2015.

To put it in perspective, California’s housing affordability index hit a peak of 56% in the first quarter of 2012.

The chart below gives an overview of the housing affordability index. 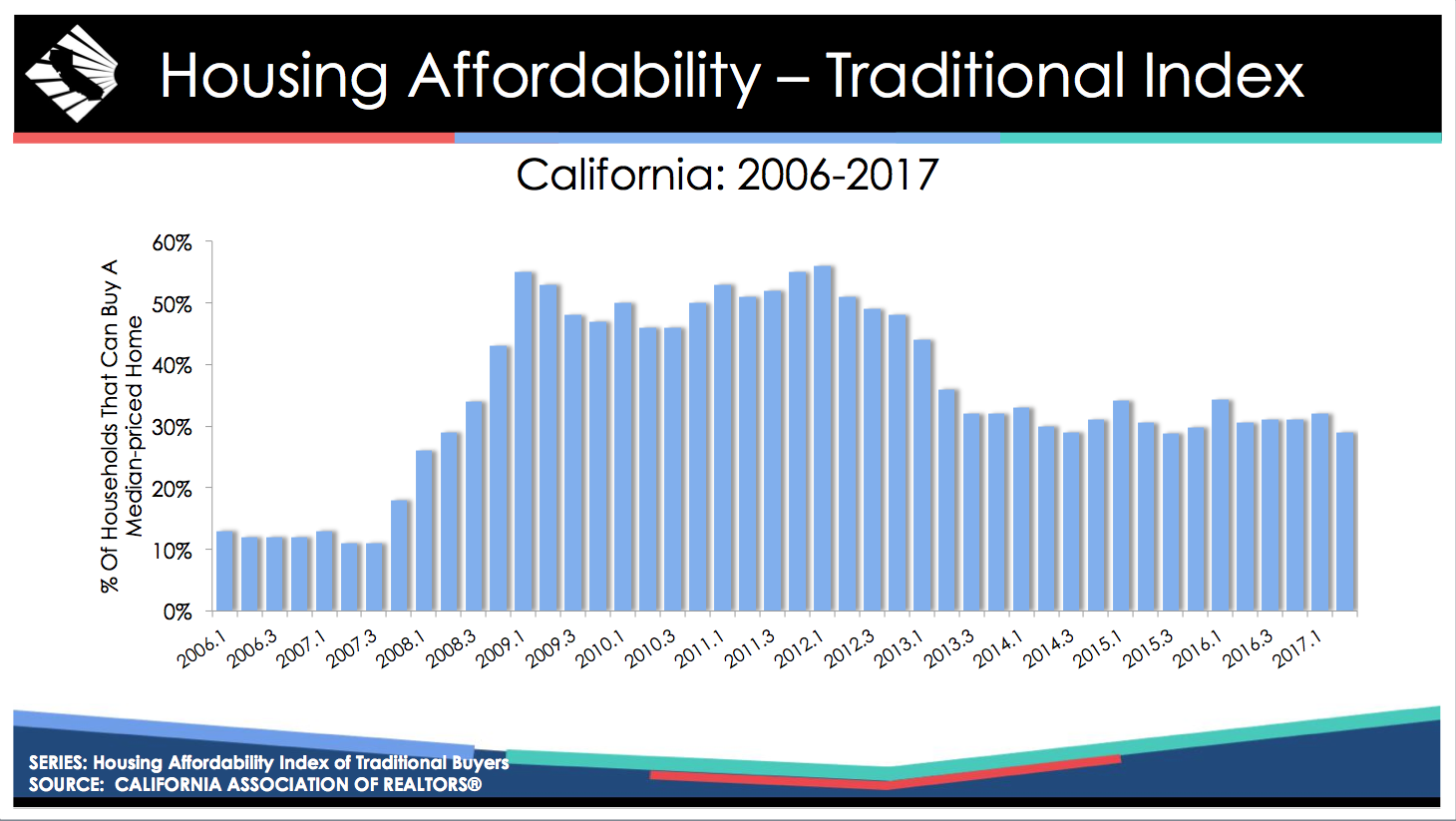 As far as income goes, residents would need to make a minimum annual income of $110,890 in order to qualify for the purchase of a $553,260 statewide median-priced, existing single-family home in the second quarter of 2017.

Assuming a 20% down payment and an effective composite interest rate of 4.09%, the monthly payment, including taxes and insurance on a 30-year, fixed-rate loan, would be $2,770.