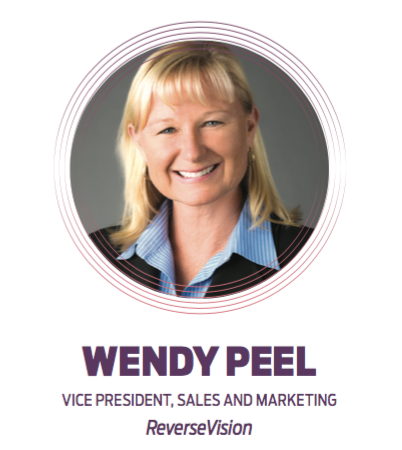 Not content to simply lead the sales and marketing efforts of ReverseVision, Wendy Peel has made it a priority to right the reputation of the Home Equity Conversion Mortgage product and encourage mortgage lenders of every stripe to add HECMs to their product mix. Peel has redirected the HECM conversation, reminding lenders of why the product was created, how it serves a distinct need and why it makes business sense to embrace it.

After launching the inaugural ReverseVision User Conference in 2016, which brought together industry leaders, lenders and brokers from 67 companies, including four of the nation’s top five reverse lenders, Peel was integral in making UserCon 2017 even more meaningful for a broader swath of attendees. The 2017 conference saw attendance increase by nearly 35% and sold out.

Further, Peel, a seasoned executive, conceived and helped crystallize a strategy of outreach and education to the Amercian Bankers Association, reorienting depository institutions to the generational gap filled by HECM loans for retiring Baby Boomers, an effort bearing fruit by returning banks to serve that market segment.