Homebuilder D.R. Horton posted steady growth in the fiscal 2017 third quarter, as the market waits for an increase in housing inventory.

According to the homebuilder’s earnings report, it’s well positioned for the fourth quarter and to help bring more housing inventory to the market.

This is welcomed news for home shoppers given the continual shortage of homes available on the market. And D.R. Horton is even more hopeful for the rest of the year. 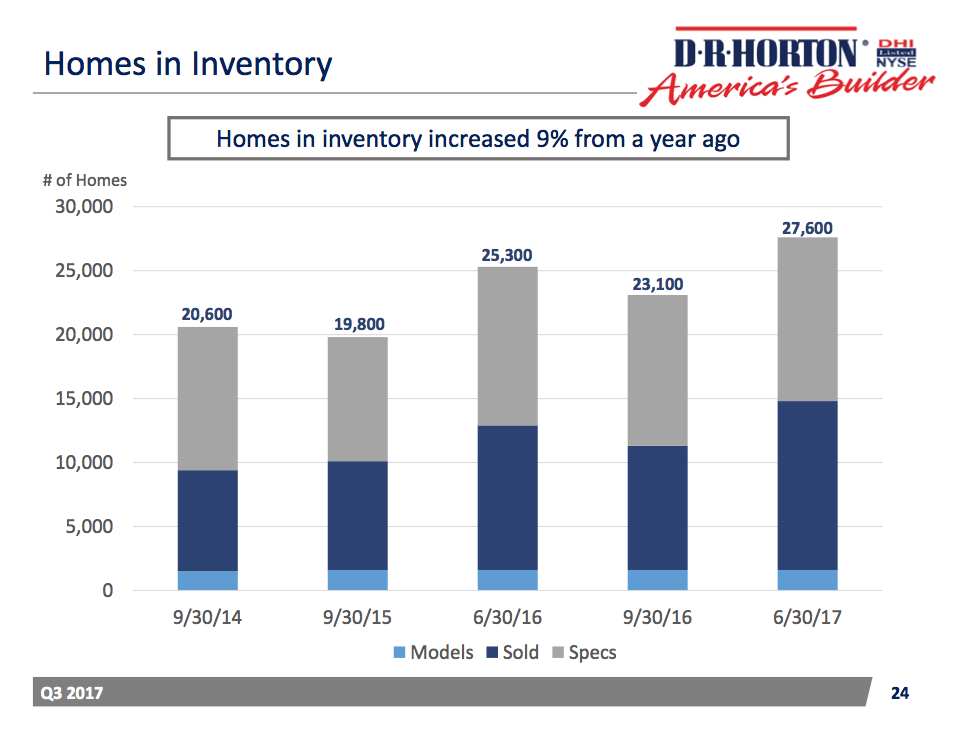 The report also shed some light on the homebuilder’s recent acquisition of 75% of Forestar’s outstanding shares. Forestar is a residential and mixed-use real estate developer.

“The strategic relationship between D.R. Horton and Forestar will significantly grow Forestar into a large, national residential land development company, selling lots to D.R. Horton and other homebuilders,” the release stated.

Under the agreement, Forestar will remain a public company with access to the capital markets to support its future growth.

The transaction is expected to close during the company’s first quarter of fiscal 2018, subject to the approval of Forestar shareholders and other customary closing conditions.

The chart below gives a break down of D.R. Horton’s product offerings for buyers. 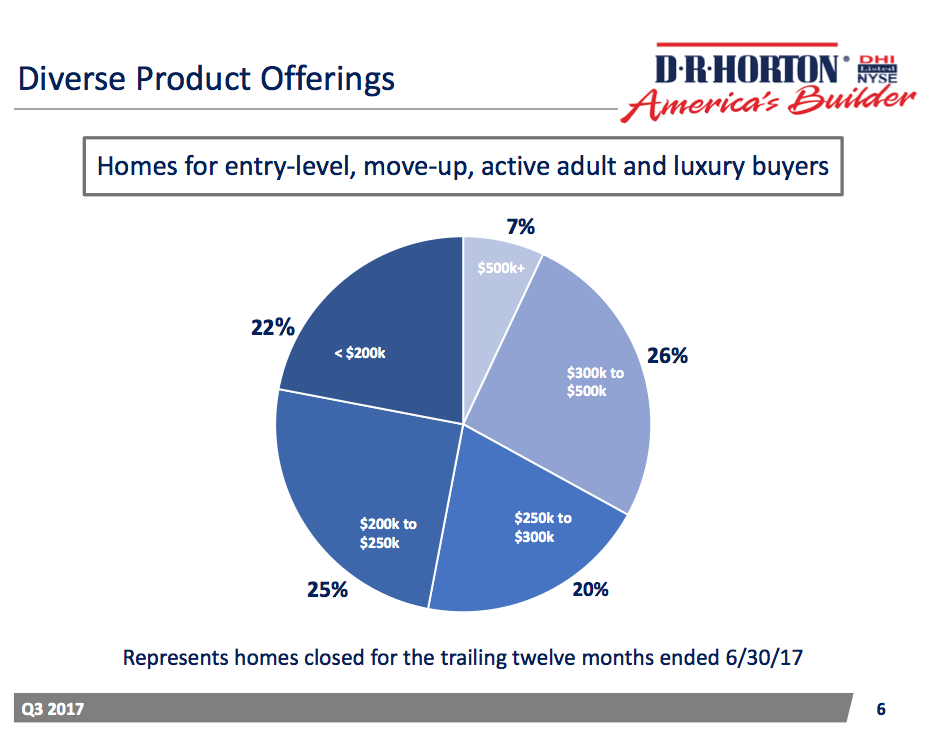 Donald R. Horton, chairman of the board, commented on the earnings, saying, “Our balance sheet strength, liquidity and continued earnings growth and cash flow generation are increasing our flexibility, and we plan to maintain our disciplined, opportunistic position to improve the long-term value of our company.”

“We remain focused on growing our revenues and pre-tax profits at a double-digit annual pace, while continuing to generate positive annual operating cash flows and improved returns,” he concluded. “With 27,600 homes in inventory at the end of June and a robust supply of owned and controlled lots, we are well-positioned for the fourth quarter and fiscal 2018.”