Home prices continue to hit new highs with the latest increase in May, a slowdown from April’s increase but still up month-over-month, according to the House Price Index released by the Federal Housing Finance Agency.

The chart below shows home prices surpassed their previous 2012 peak in early-2016, and continued to increase, consistently hitting a new peak. 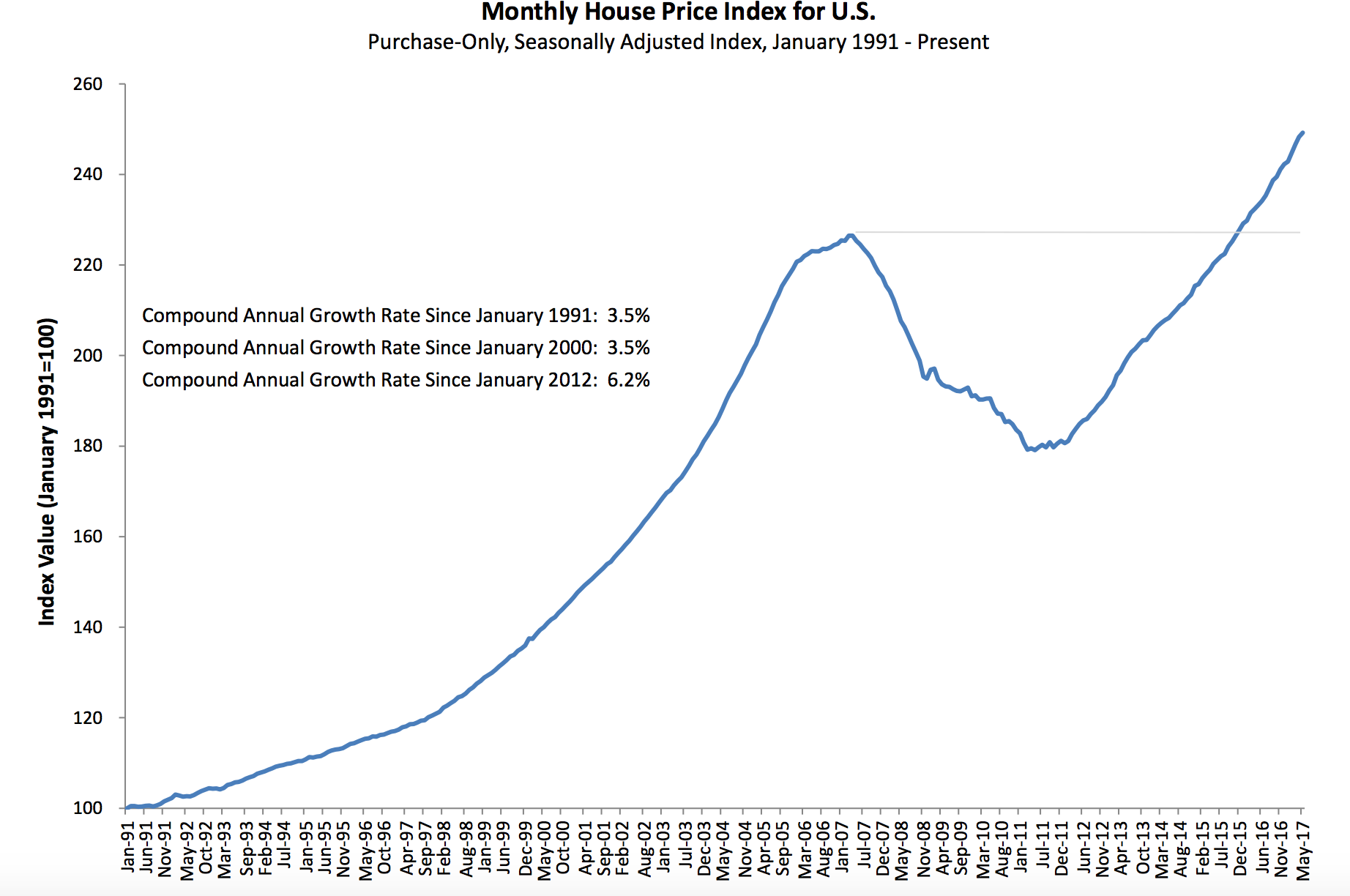