Home prices continued to increase in May, however experts explained housing is not repeating the bubble period, according to the latest report from S&P Dow Jones Indices and CoreLogic.

“Home prices continue to climb and outpace both inflation and wages,” said David Blitzer, S&P Dow Jones Indices managing director and chairman of the index committee. “Housing is not repeating the bubble period of 2000 to 2006: price increases vary across the country unlike the earlier period when rising prices were almost universal; the number of homes sold annually is 20% less today than in the earlier period and the months’ supply is declining, not surging.”

“The small supply of homes for sale, at only about four months’ worth, is one cause of rising prices,” Blitzer said. “New home construction, higher than during the recession but still low, is another factor in rising prices.”

Other experts agree the rising home prices do not point to a bubble.

“Now, the one complicating factor is the mortgage interest deduction, which makes housing in the 80s look less affordable than it really was,” said Brent Nyitray, iServe Residential Lending director of capital markets. “Taxes were higher, and interest as a percentage of the P&I payment was higher, so the differences are somewhat exaggerated.”

“However, it does appear that buying a house is not as ‘unaffordable’ as the median house price to median income ratio implies,” Nyitray said. “Just remember these graphs when you hear people discussing how high real estate prices are and that we are in another bubble. We aren't.” 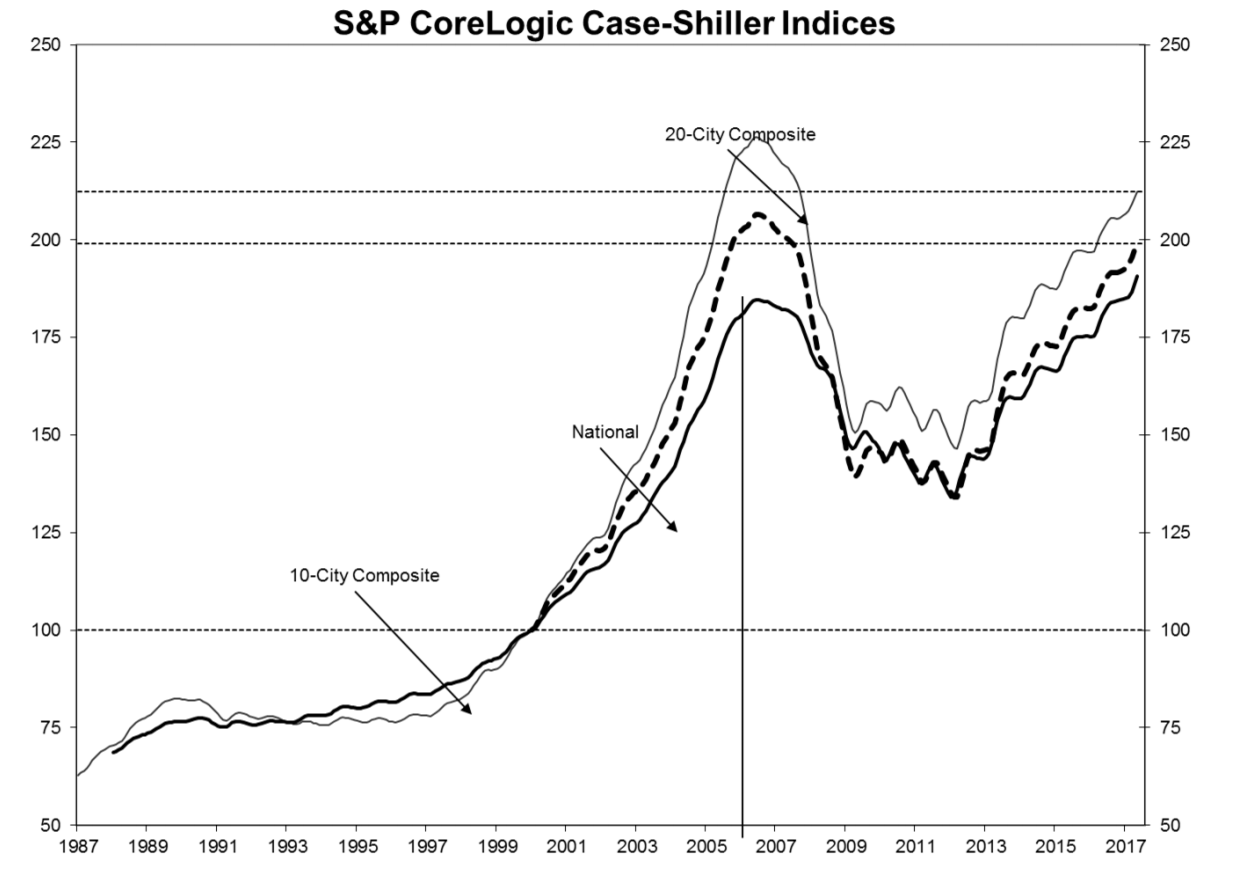 “For the last 19 months, either Seattle or Portland was the city with fastest rising home prices based on 12-month gains,” Blitzer said. “Since the national index bottomed in February 2012, San Francisco has the largest gain. Using Census Bureau data for 2011 to 2015, it is possible to compare these three cities to national averages.”

“The proportion of owner-occupied homes is lower than the national average in all three cities with San Francisco being the lowest at 36%, Seattle at 46%, and Portland at 52%,” he said. “Nationally, the figure is 64%. The key factor for the rise in home prices is population growth from 2010 to 2016: the national increase is 4.7%, but for these cities, it is 8.2% in San Francisco, 9.6% in Portland and 15.7% in Seattle. A larger population combined with more people working leads to higher home prices.”

NAR-owned lockbox company SentriLock is looking to take down Zillow-owned ShowingTime in the home-showing appointment realm.