Homeowners got better at predicting their home values for the first time in months, according to the National Home Price Perception Index from Quicken Loans.

Homeowner’s estimated their homes are worth 1.7% more than the appraisal estimate, the HPPI showed. This marks the first time in seven months that the gap between the two opinions narrowed.

As homeowners grow closer to appraisal values, Quicken Loan’s National Home Value Index showed appraisals increased an average of 1.25% from May to June and increased 5.35% from last year.

Appraisals came in an average of 1.7% lower than what homeowners expected in June, down from last month when appraisal values came in 1.93% higher than homeowner estimates.

“While a 1% or 2% difference in home value opinions may not seem like a lot, it could be enough to derail a mortgage,” said Bill Banfield, Quicken Loans executive vice president of capital markets. “A homeowner could be forced to bring more cash to closing in order to make a mortgage work if the appraisal is lower than expected.”

“On the other hand, if an appraisal comes in higher, they could be surprised with more equity than they had planned,” Banfield said. “Either way, if owners are aware of their local markets it will lead to smoother mortgage transactions.”

As home prices increased across the U.S., the only region that didn’t show an increase in appraisal values from last month was the Northeast, which saw drop of 1.18%. Annually, all of the regions saw a home-price increase ranging from 2.17% in the Northeast to an increase of 6.12% in the West. 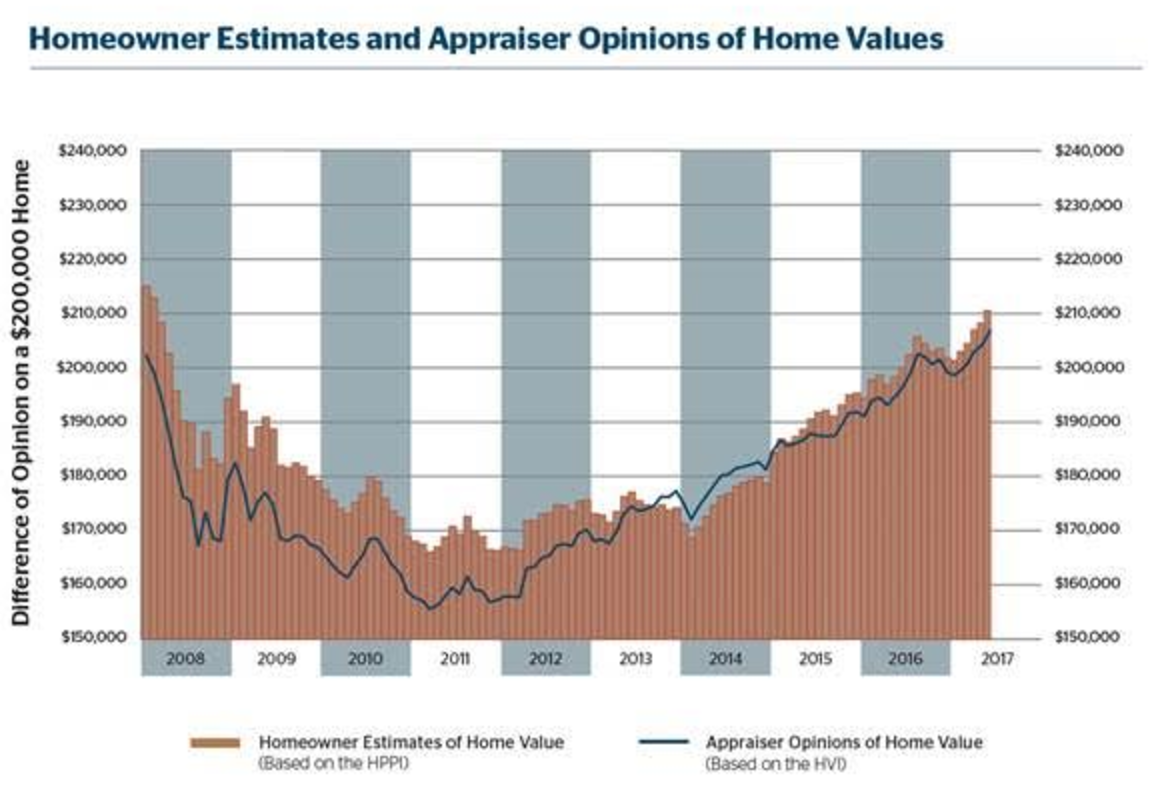 “As we get later into the spring and summer selling season there are less and less homes available for sale, driving prices higher,” Banfield said. “What’s clear is that the demand for housing is strong in much of the country. With interest rates remaining historically low, this could be the time for a homeowner to move on to the new construction home they had their eye on.”

“If they do so, it would open home options for first time home buyers entering the market,” he said. “The additional inventory could lead to more balanced prices, moving away from the spike in annual growth we have seen lately.”