The housing market in many Texas metros is slowing down as home sales and home prices grow at a slower rate than the state has seen this year.

New home sales prices in the Dallas-Fort Worth area increased in May, but at a slower pace than previous months, according to the New Home Sales Index released by HomesUSA.com.

The average price of a new home increased from $383,681 in April to May’s $384,489 in the Dallas area, according to the North Texas Real Estate Information Systems.

The number of days on market for new homes sold in the Dallas area increased to 122.02 days, up from 121.62 days the month before.

Other major housing markets in Texas showed the same slowdown seen in the Dallas area. Houston and San Antonio both saw a slowdown in the pace of new home sales in May. The total days on market for new homes in Houston increased from 134.86 days in April to 135.28 days in May. 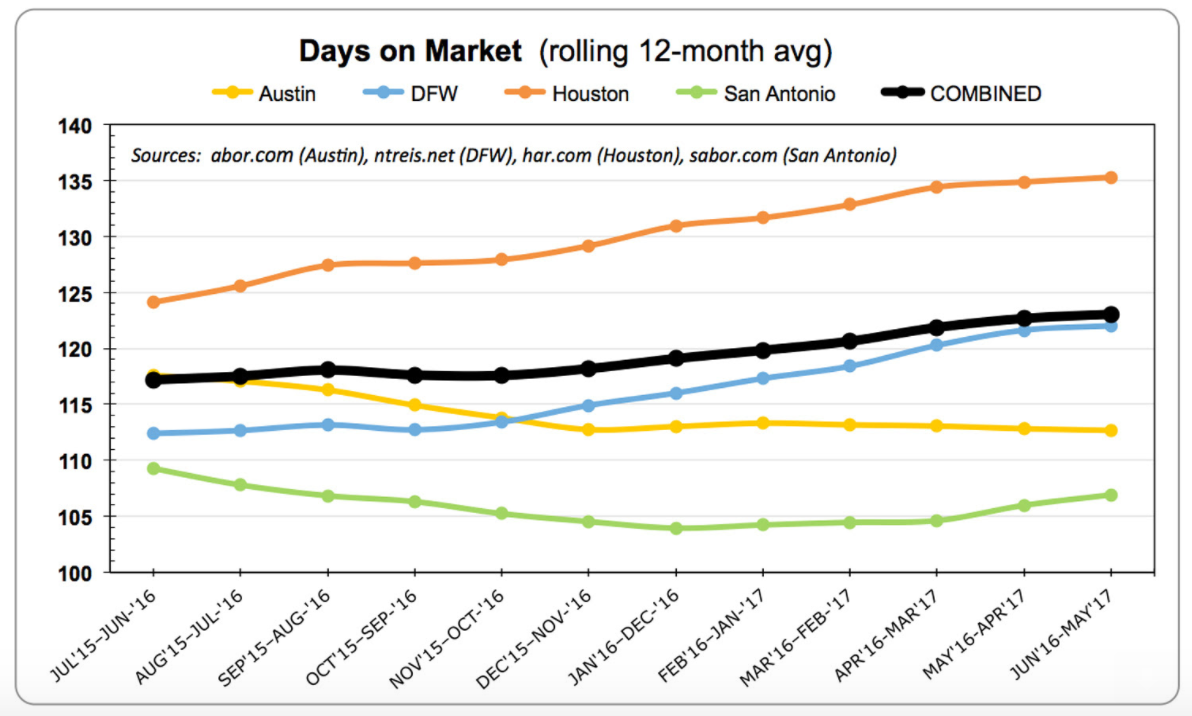 San Antonio saw the biggest slowdown in new home sales pace with the largest increase on days on market for the second month in a row. New home days on market increased from 105.98 days in April to 106.92 days in May. Despite this increase, San Antonio remains the lowest among the four biggest new homes sales markets in Texas.

This fast pace is due in part to the city’s average sales price being more than $70,000 lower than the average for the rest of Texas.

However, Austin became the major new home market in Texas to see a faster home sales pace in May for the second month in a row. The number of days on market in Austin decreased in May to 112.67 days, down from 112.73 the month before.

Overall, the four largest new home sales markets in Texas have been slowing their pace since October, the report from HomesUSA.com shows. The average days on market for the four markets increased from 117.58 days in October to 123 days in May.

“New home sales continue to remain strong and prices continue to rise in our Dallas-Ft. Worth area,” HomesUSA.com owner Ben Caballero said. “But we’ve seen the number of days on market increase by about a week since the fall, as demand is not quite keeping up with new inventory.”

But while new home sales may be slowing in Texas, Dallas remains one of the hottest markets this home-buying season.