Home values continue to increase, but not as much as homeowners expect, according to the latest National Home Price Perception Index from Quicken Loans.

The gap between homeowners’ expectations on their home values and the appraised value widened for the sixth consecutive month. Appraised values were about 1.93% less than what homeowners expected in May.

Appraised values continue to increase each month, even while falling lower than what homeowners expect. Home values rose about 0.63% from April to May and 4.92% from last year, according to Quicken Loans’ National Home Value Index. 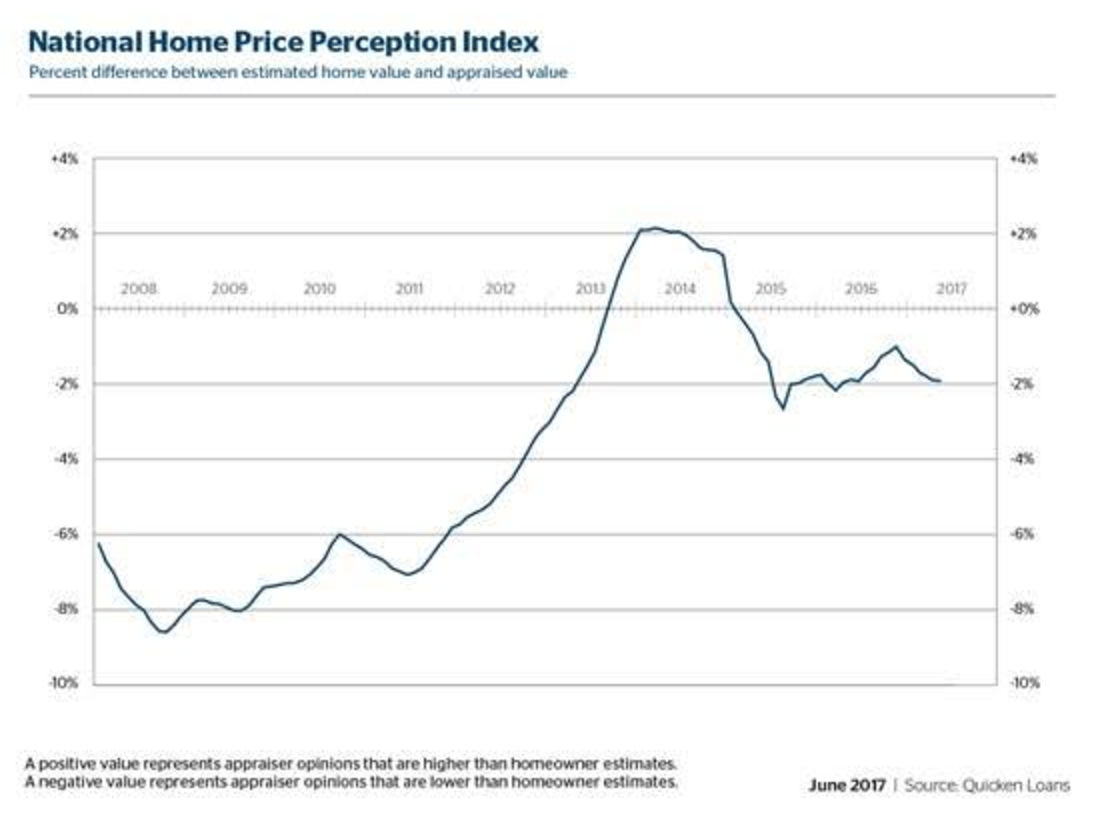 At the beginning of the mortgage process a homeowner estimates what their home is worth. Later in the process an appraiser reviews the home, and the local comparable sales, to establish their opinion of the home’s value.

The 1.93% gap is wider than April’s gap of 1.9%. However, in some areas, this gap was much wider. For example, in Denver and Dallas appraisals were nearly 3% higher than expected. On the other end of the spectrum, cities like Philadelphia and Baltimore saw appraised values that were more than 3% lower than what homeowners estimated.

This chart shows the different perceptions of home prices across the U.S. 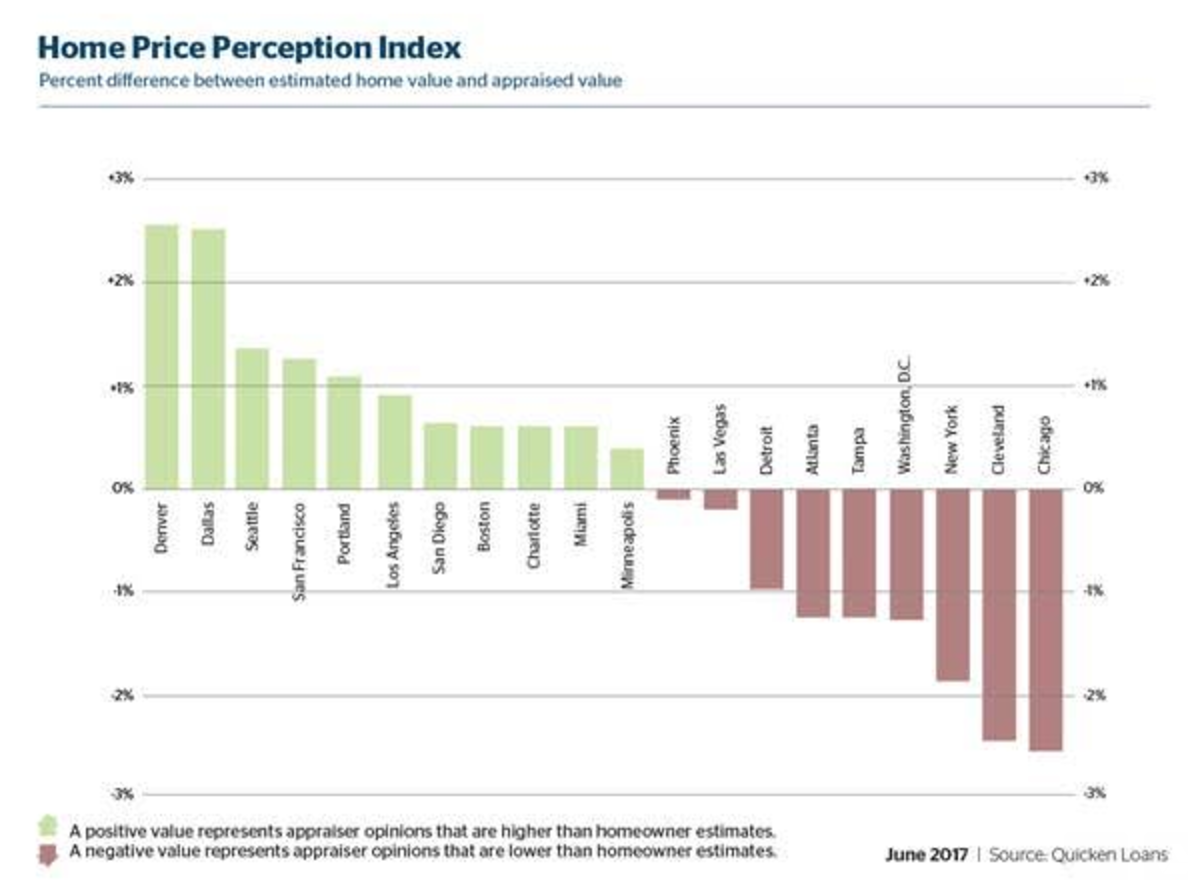 “It’s important for consumers to see the HPPI and not only think about the difference in perceptions, but the different perceptions across the country,” said Bill Banfield, Quicken Loans executive vice president of capital markets.

“Home values, and home value changes, vary widely depending on the city you’re in,” Banfield said. “Homeowners, and those looking to buy a home, should keep a close eye on their local market to better understand home values in their area, and the trend they are on.”

New forbearance requests and re-entries continue to run at a higher rate for Ginnie Mae loans as well as for portfolio and PLS loans, according to the MBA