Mortgage rates fell once again this week to the lowest level in almost seven months, but remained higher than last year’s rates. 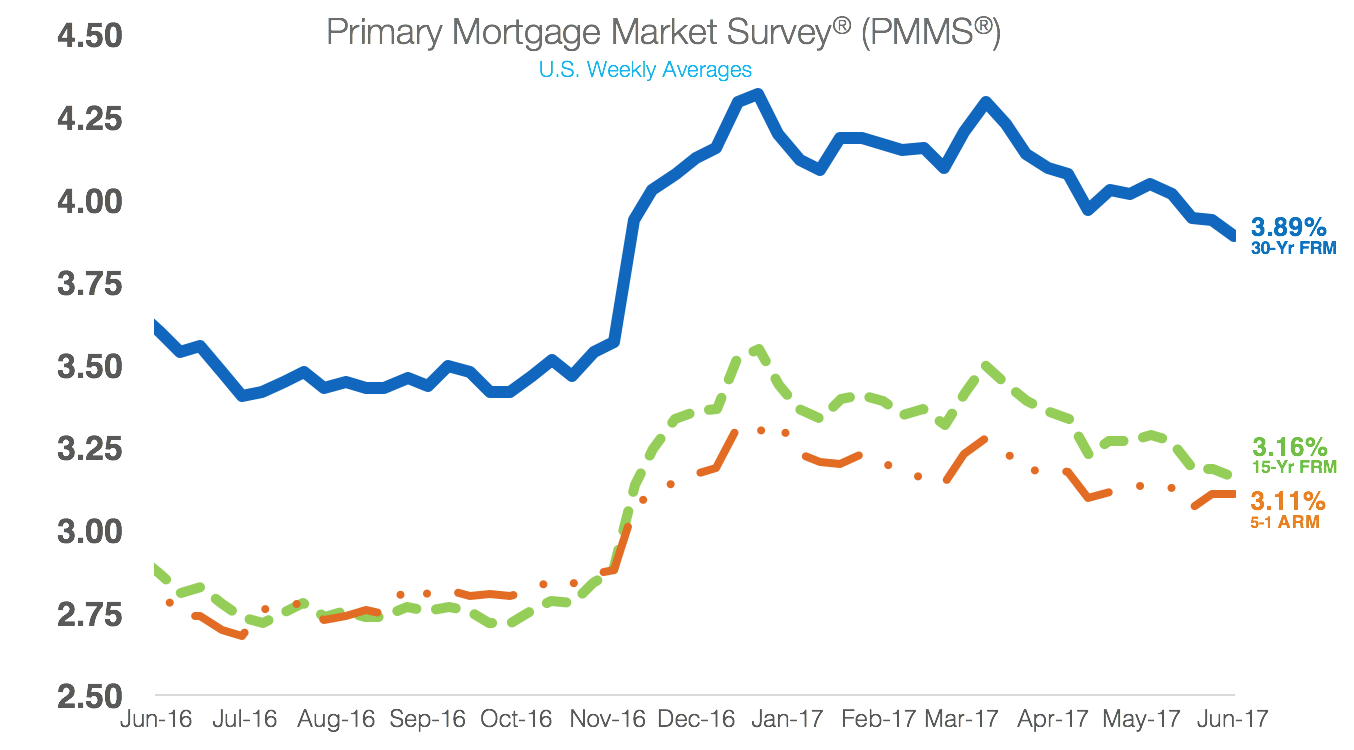 The five-year Treasury-indexed hybrid adjustable-rate mortgage held steady at 3.11%. This is higher than last year’s 2.82%.