How to stay competitive with specialty mortgage products heading into 2023
Alec Hollis to speak at HW Annual Oct. 4
Webinar: How Can Lenders Recession Proof Their Business
Logan Mohtashami: Is the Fed risking a global recession? 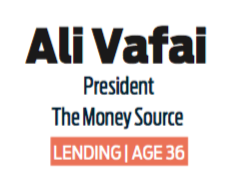 Ali Vafai has led the rapid growth of The Money Source into a top 20 government lender, top 15 correspondent lender and top 40 wholesale leader. He has spearheaded the nation and industry-wide expansion of the company, growing it to encompass seven offices and a total of over 110,000 square feet of office space. He also led the way for The Money Source to hire more than 500 employees in 2016 alone.

Vafai not only launched The Money Source’s retail lending division, he has also led the charge for innovation at the company, developing new technological assets, including SIME subservicing technology.

Under Vafai, The Money Source had a record-breaking year in 2016, funding $1 billion in originations in a single month, and $10 billion total. Prior to his position at The Money Source, Vafai was the president of Pacific Union Financial, where he grew volume by 450% in 18 months while increasing profit margins. 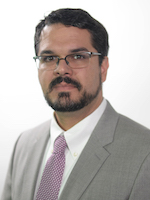 The greatest habit I have created, that is now a huge part of the success of our business, is partnering with the right people whose strengths complement my strengths.