Jonathan Kirst is the co-founder and CTO of Roostify, an online home loan application software that takes a borrower from application to funding in a single, dynamic experience tailored for each borrower.

Kirst has been the driving force behind product development with the company as it has evolved from a bare-bones startup to a thriving company with a robust sales team, product management team and a customer success team. Under Kirst, the Roostify engineering team has matured from just a handful of programmers to a sophisticated, multi-faceted organization capable of supporting some of the nation’s largest financial services providers.

Kirst has overseen integrations with companies, including DocMagic, for automated disclosure generation and e-signatures. Under Kirst, the company has also integrated with Encompass, PCLender and other leading Loan Origination Systems, as well as forging an exclusive partnership with Genworth. 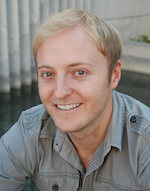 The world will always be full of fascinating problems — but you can’t solve problems you don’t know exist. Keep an open and interested mind engaged with the people around you. The next big opportunity is a conversation or experience away, if only you take the time to have it.