Kyle Gunderlock has built Citadel Servicing Corp. from a three-person operation to more than 150 nationwide. CSC was formed in 2003 as a sister company to First Street Financial, Inc. FSFI was a top 20 subprime originator and top three hard money originator by volume through 2007. As part of the FSFI business model, servicing was retained during loan sales and housed on CSC’s platform.

In February 2007, FSFI ceased operations but CSC continued to thrive and in September 2007 partnered with a distressed asset fund purchasing whole loans on the scratch and dent secondary market.

Since 2013, the company has funded more than $1 billion worth of non-QM/non-prime loans. Until 2013, secondary market participants did not exist for this loan product, but four years later there are multiple major Wall Street banks and hedge funds looking for this asset class due to the efforts of Gunderlock’s team. For 2017, CSC is on a run rate to fund more than $1 billion in this year alone. 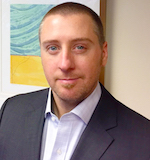 Challenge; don’t turn a blind eye to mediocrity. When something isn’t to your expectations, correct it. Success won’t come to the status quo.