In fact, Sean Becketti, chief economist with Freddie Mac, said, “Not only did the average 30-year fixed-rate mortgage decline for the fourth consecutive week in our survey, it also fell to a new 2017 low.”

The chart below gives an overview of how mortgage rates have moved since April 2016. 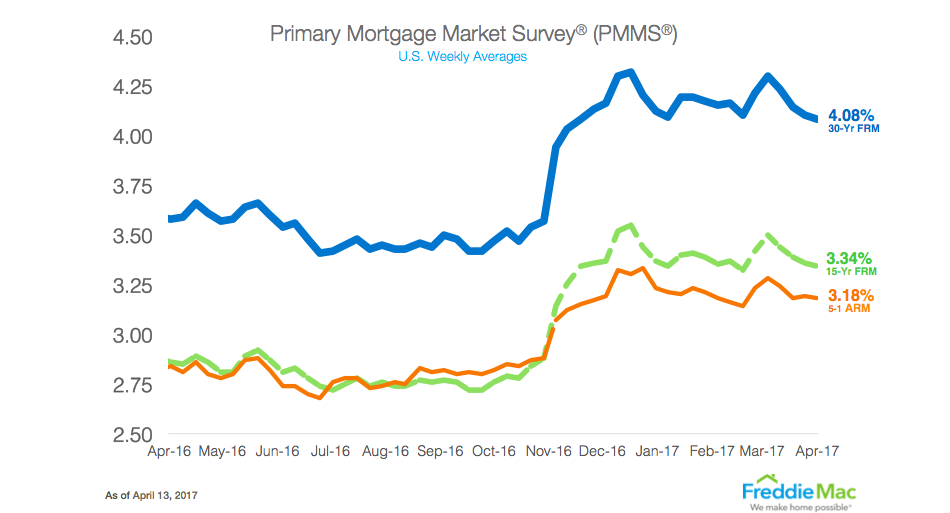 The 5-year Treasury-indexed hybrid adjustable-rate mortgage averaged 3.18% this week, declining from an average of 3.19% last week. A year ago, the 5-year ARM averaged 2.84%.