How smart home technology increases property value in a challenging market
Is the market pivoting ahead of the Fed?
Top CEOs On Finding Wins In 2022-23 Housing Rough Patch
Logan Mohtashami on the labor market and the crypto crash

Mortgage credit availability increased in March led by a jump in jumbo loans, according to the latest Mortgage Credit Availability Index, a report from the Mortgage Bankers Association, which analyzes data from Ellie Mae’s AllRegs Market Clarity business information tool.

The MCAI increased 3.2% to 183.4 in March. For added context, a decline in the MCAI indicates that lending standards are tightening, while increases in the index are indicative of loosening credit.

Despite posting small steady increases, mortgage credit is still historically low, as seen in the chart below. The first shows an expanded historical series, and the second shows from June 2011 to March 2017. 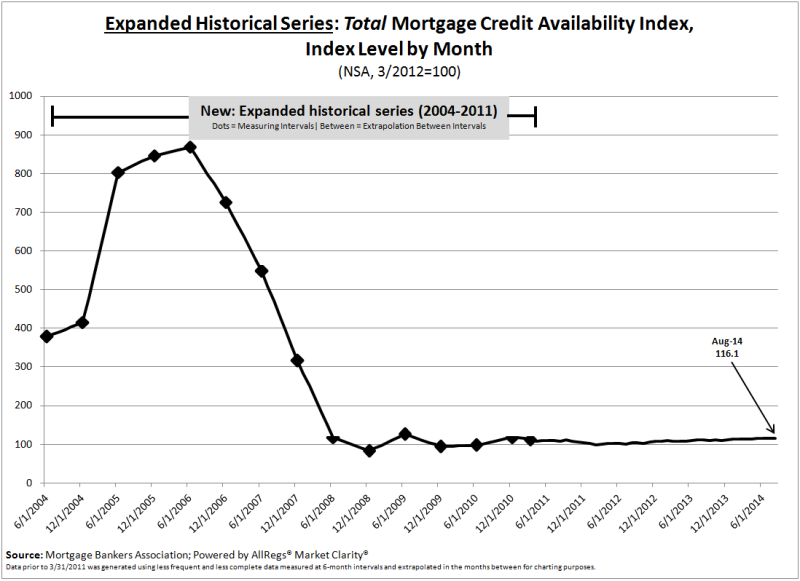 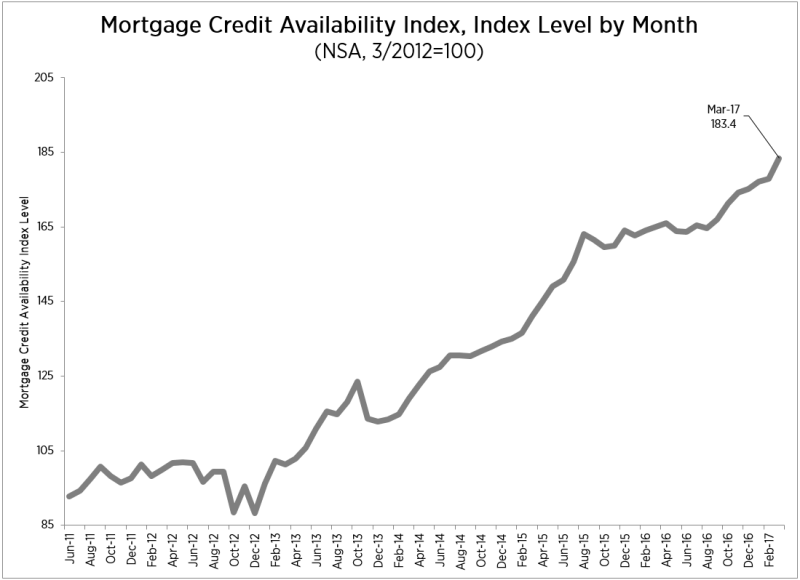 “Led by a wave of adjustable rate jumbo offerings, the jumbo MCAI surged in March, more than offsetting its 4.4% decline in February, which was the first tightening of the that component index in 11 months,” said Lynn Fisher, MBA’s vice president of Research and Economics.

The MBA noted that the conventional, government, conforming, and jumbo MCAIs are constructed using the same methodology as the total MCAI and are designed to show relative credit risk/availability for their respective index. The primary difference between the total MCAI and the component indices are the population of loan programs that they examine.