Unhappy with the selection of Ben Carson as secretary of the Department of Housing and Urban Development, a group of housing advocates created a website online to track his moves in person and online, according to an article by Patrick Sisson on CNBC.

Guillermo Mayer, president and CEO of the San Francisco nonprofit and legal advocacy group Public Advocates, along with the Poverty & Race Research Action Council, the Lawyers' Committee for Civil Rights Under Law, and PolicyLink, collaborated together to create CarsonWatch to document the secretary's public statements and appearances, the article explained.

From the piece in CNBC:

The founders of CarsonWatch hope to broaden to coalition to include housing advocates in cities across the country, to both increase on-the-ground coverage of Carson and widen the discussion on housing policy. They also hope to engage lawyers, to see when and if legal actions may be warranted.

After launching in mid-March, CarsonWatch and its allies have attended Carson's poorly promoted listening tour, and plan to continue to report on his statements and public events. The upcoming budget deliberations offer an important opportunity to track how different HUD programs fare and keep the agency's leaders, as well as the administration and Congress, accountable. 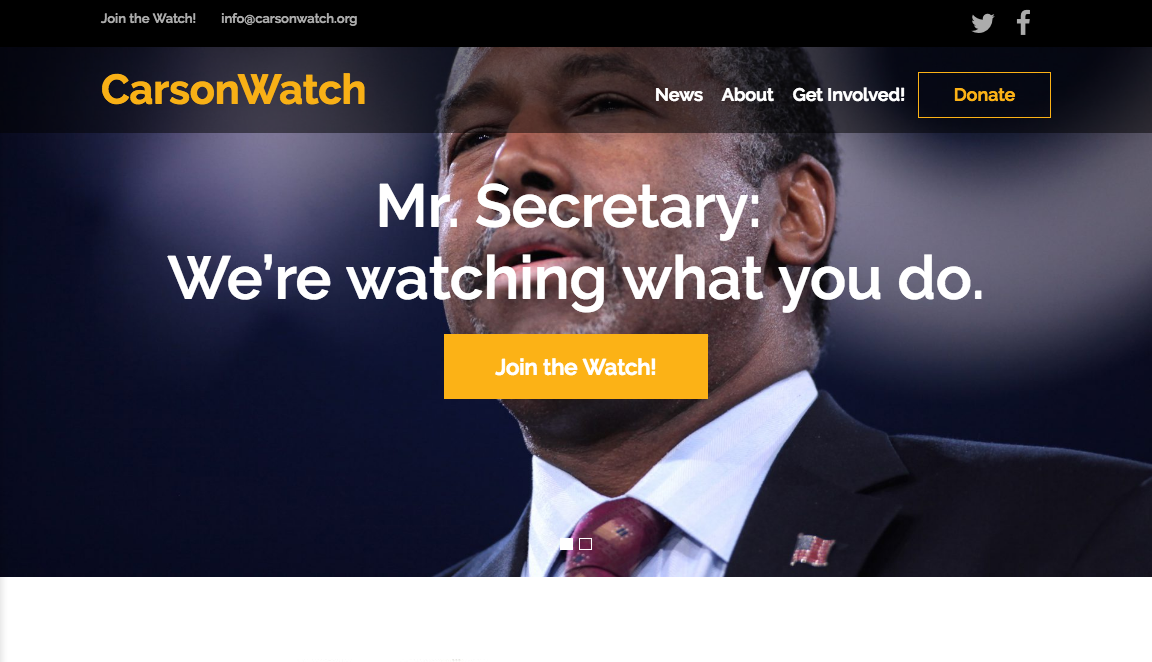 And the group has already gained some traction. The group's Facebook page has more than 3,000 likes, and its Twitter page has more than 800 followers. According to the website, people can get involved by liking the social media pages and signing up to get alerts and news from its watchdog team.

Mayer, along with the other housing groups, aren’t the only people against Carson.

The nomination of the former GOP presidential candidate and retired neurosurgeon to HUD secretary was met with a lot of skepticism from Americans and politicians.

And after being confirmed by a 58-41 vote in the Senate, Ben Carson officially became the 17th secretary of the Department of Housing and Urban Development on March 2 when Vice President Mike Pence swore him into office.