While Nashville managed to stay afloat throughout the finance crisis despite similar metros across the country crashing, a new report from Pro Teck Valuation Services spotlights Nashville’s current recovery, highlighting that the city is falling into an affordability crisis.

The city thrives thanks to its music/tourism, health care, education and fashion industries. In return for the growing economy, Pro Teck stated that Nashville metro area’s population grew by 9.2% from 2010 to 2015.

And now, from a price-per-square foot of living space perspective, home prices are 50% above pre-crash highs.

But Nashville is struggling to keep pace with the growth. According to the data, Nashville has a severe shortage of housing inventory. So while the city managed to come out the financial crisis barely scathed, it now mirrors most of the country in its inventory problems.

As for the rest of the country, though housing starts finished 2016 higher, they still have a long ways to go. “Even with stronger home construction in recent years, more increases in the supply of new homes will be needed to balance out the market, reflected in rapid house price appreciation in recent years,” Nationwide Chief Economist David Berson said abut the December housing start release from the U.S. Census Bureau and the Department of Housing and Urban Development.

The chart below shows the number of building permits in Nashville over the last few decades, showcasing the severity of the housing situation in Nashville. 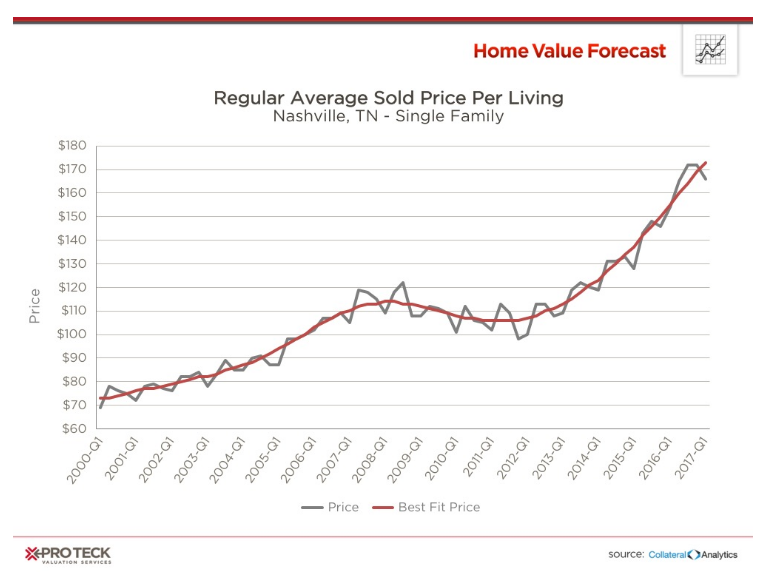 This next chart from Pro Teck displays how this slowdown impacted housing inventory from years 2003 to 2016. After the massive dip in 2009, housing started to fall into a shortage, looking at the third column. 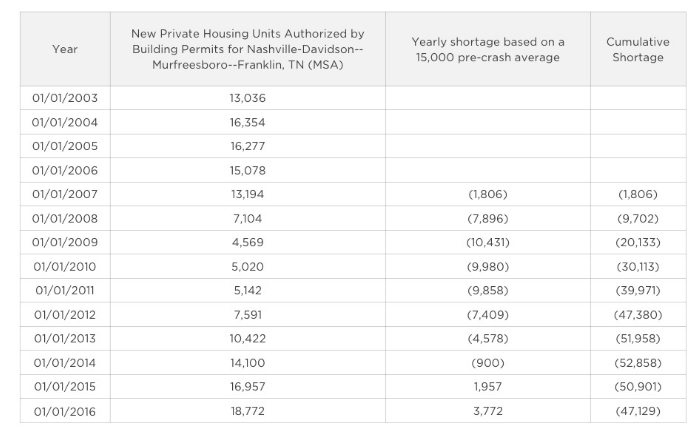 On the positive side, as seen in the first chart, an increase in housing starts in 2015 and 2016 are chipping away at this number. It will take more time before housing constructions can get back to normal levels. Until then, the city is left to deal with rising home prices causing home affordability issues.

Pro Teck concluded the report stating that Nashville Mayor Megan Barry is developing a comprehensive strategy to add to affordable housing, including building along transit lines, into her administration’s top priorities.

New forbearance requests and re-entries continue to run at a higher rate for Ginnie Mae loans as well as for portfolio and PLS loans, according to the MBA