While home prices only increased a meager 1.3% in the first quarter of 2016, it’s added onto a long string of increases; 19 consecutive quarterly price increases to be exact. 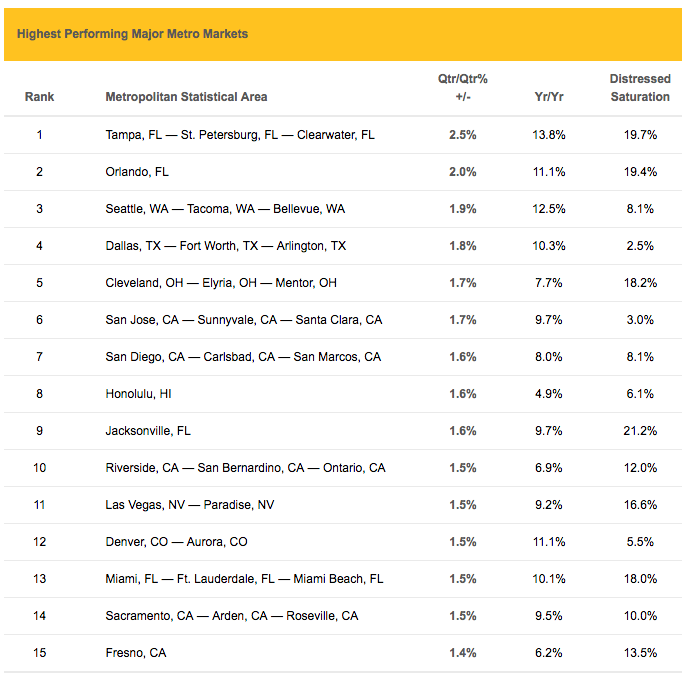 The FHFA added that its seasonally adjusted monthly index for March was up 0.7% from February.

This chart shows the FHFA’s house price index history for the U.S. 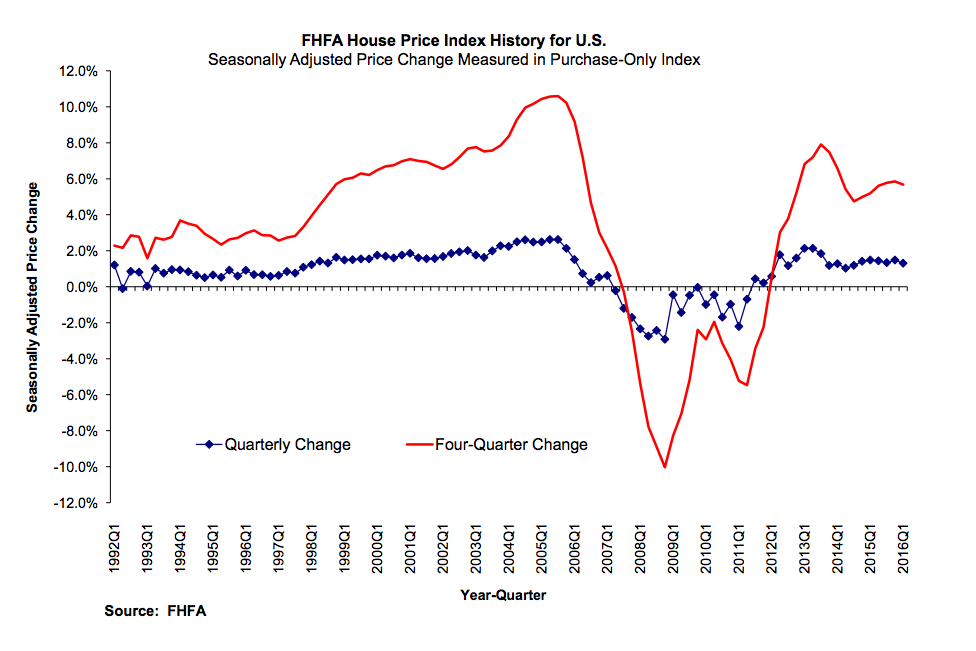 "Twelve states and the District of Columbia saw price declines in the quarter—the most areas to see price depreciation since the fourth quarter of 2013.  Although most declines were modest, such declines are notable given the pervasive and extraordinary appreciation we have been observing for many years,” added Leventis.

The FHFA said the HPI is calculated using home sales price information from mortgages sold to, or guaranteed by, Fannie Mae and Freddie Mac.