“At the higher end of the market, Vonnie, you’re seeing a situation where those buyers are concerned about the overall health of stock market, and their investments in general,” said Howard.

“At the low end of the market, household formations that are just coming into play post recession, are forcing a lot of people into the rental market,” added Howard.

In Trulia’s recent report, it states that America is experiencing a housing shortage.

But there's more to it, as it turns out. 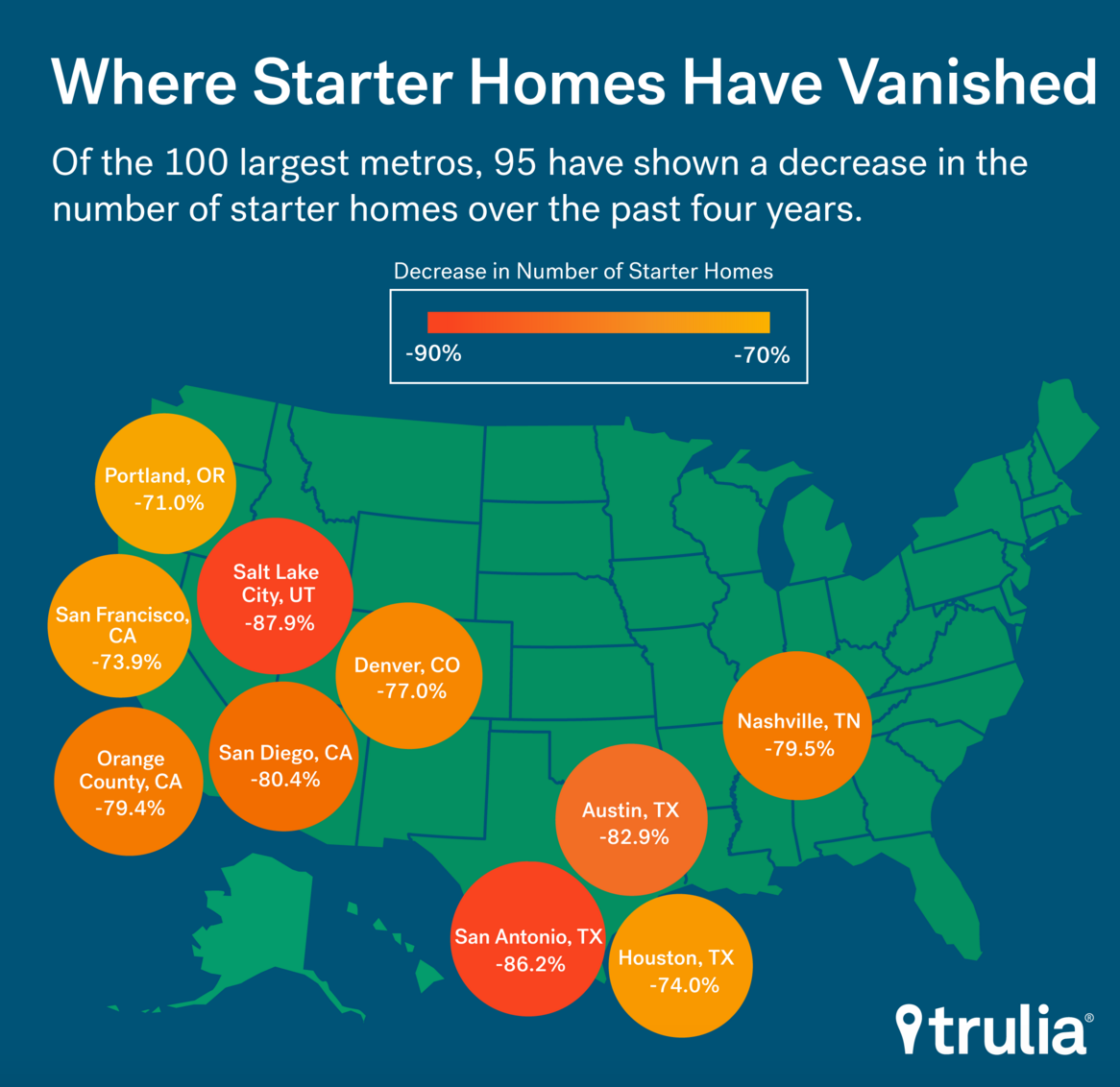 "If inventory continues to shrink throughout the spring house hunting season, buyers will likely be faced with more bidding wars and offers above the seller's asking price,” said Ralph McLaughlin, Trulia’s chief economist and the author of the study.

“Meanwhile, sellers will be better positioned to sell their homes than in years past, but may have difficulty finding another home to buy," McLaughlin added.

According to USA Today:

In January, there was a four-month supply of existing homes for sale in the USA, well below a healthy six-month inventory, according to the National Association of Realtors. That drove up the median home price by 8.2% the past year, the biggest jump since last April.

Yun says the main reason for the skimpy supply is sluggish single-family housing starts, which hit an eight-year high of 715,000 last year but remained well below a normal 1.2 million.

Starter home affordability dropped in California after the demand of starter homes increased due to a “strong job growth.”

According to the study, faced with growing demand and tight supply, prices of all homes in California have risen sharply over the past few years. And as prices rise, homebuyers tend to follow the principles of supply and demand.

The latest existing-home sales report confirms how barren the market is as almost every sector of housing continues to suffer from the impact of barely any inventory.

Total existing-home sales, which are completed transactions that include single-family homes, townhomes, condominiums and co-ops, tumbled 7.1% to a seasonally adjusted annual rate of 5.08 million in February from 5.47 million in January. Despite last month's large decline, sales are still 2.2% higher than a year ago, the National Association of Realtors report stated.