With the new year, it’s still not too late to identify where the strongest and weakest U.S. housing markets will be in 2016.

A new report from Veros Real Estate Solutions, a provider of enterprise risk management, collateral valuation services and predictive analytics, shows the vitality and expected market changes of the U.S. residential market for 2016.

The recently released VeroFORECAST quarterly national real estate market forecast for the 12-month period ending Dec. 1, 2016 shows where housing will be hot in 2016 and where it will be not so hot.

In all the top forecast markets, Veros' report shows an appreciation in the 10% range, especially in the Pacific Northwest, such as California, Washington and Oregon. Popular housing markets in Texas like Dallas and Austin also made the list.

See picture below for the rest of the strongest U.S. housing markets. Click to enlarge. 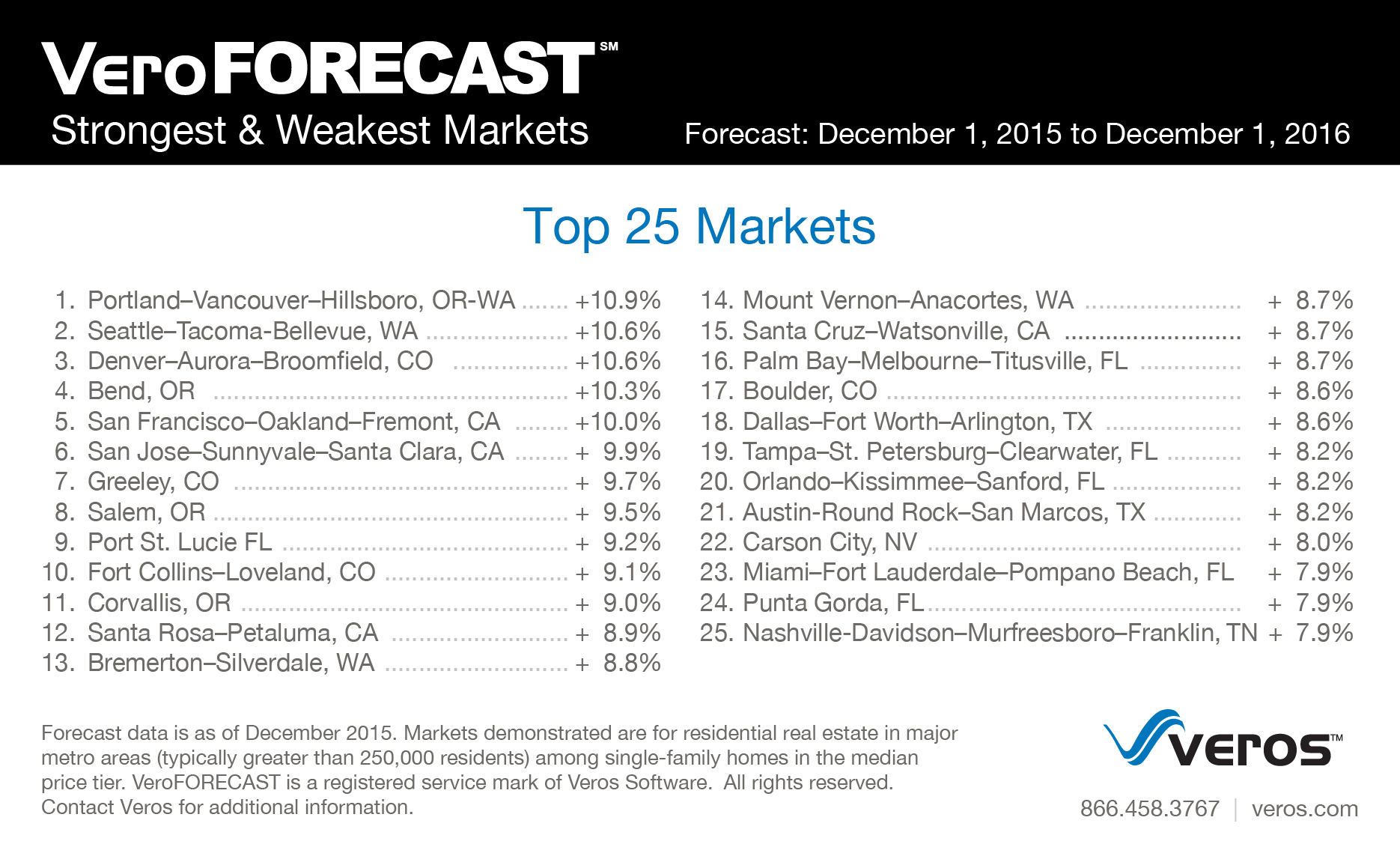 “Portland, Seattle, and Bend are numbers 1, 2, and 4 in the nation, respectively. Denver and San Francisco continue to be strong as well rounding out the Top 5,” said Eric Fox, vice president of statistical and economic modeling at Veros.

“Most of these markets have strong economies, growing populations, and month’s supply of homes around 2.0 months or less. With these conditions, it is difficult for these markets to do anything other than appreciate at a good clip. Oregon, Washington, and North Carolina showed the biggest gains in one-year forecast levels from last quarter’s update,” added Fox.

The forecast also shows the weakest housing markets, which are currently shown to be in the eastern portion of the U.S., such as New Jersey, Connecticut, parts of New York, West Virginia, Alabama, and parts of Pennsylvania.

These markets start at +0.6% and go down as low as -1.9%. The housing markets in the East Coast are not doing as well as the Pacific Northwest mainly due to low salaries and high housing costs, Veros' report showed.

See below for the rest of the 25 weakest markets for 2016. Click to enlarge. 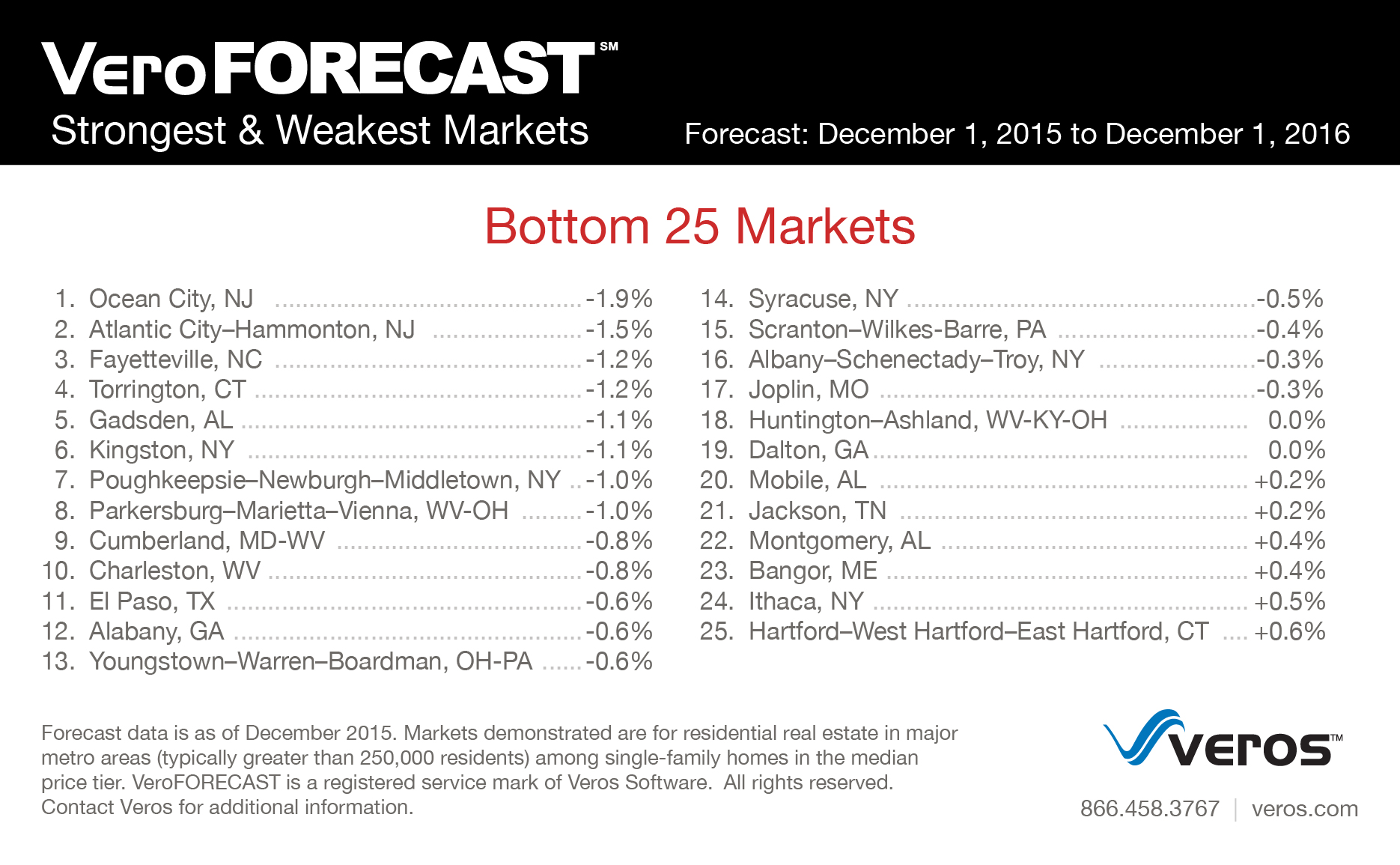 The current VeroForecast update continues to show “increasing strength” for the next year and above last quarter’s update. Veros expects that in the 13 to 24 month forecast window for the appreciation to slow down.

“The primary driver for this weakening can be attributed to tightening already begun by the Fed which is likely to cause mortgage interest rates to begin ticking upward,” added Fox. “We don’t see dramatic increases in interest rates or a repeat of 2007 price declines. At this point, it simply looks like a slowing of the increase in house prices as we get into well into 2016 and 2017.”

The VeroFORECAST reports that residential market values will continue to rise during the next twelve months, with overall annual appreciation rising to +4.4% (from its Q3-2015 forecast of +3.6%) with a 94% of markets forecast to appreciate..