Six months have passed since Steven Antonakes announced he was stepping down as acting director for the Consumer Financial Protection Bureau, and the bureau has yet to find a replacement, announcing it is filling the position with another acting deputy director. 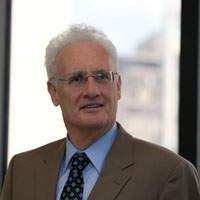 In July, the CFPB selected Meredith Fuchs to serve as acting deputy director when Antonakes stepped down at the end of that month.

At the time, Fuchs had already announced her intention to step down as General Counsel that same month, but she said she would continue to serve as general counsel and acting deputy director until a permanent replacement was selected for each position.

But that time hasn't come, and instead, David Silberman (pictured left) will serve as acting deputy director beginning next week, replacing Meredith Fuchs, who is officially ending her time at the bureau.

Silberman currently serves as associate director for research, markets, and regulations at the CFPB, a position he has held since 2011 and will retain in the interim.

Prior to joining the CFPB in 2010, Silberman served for 12 years as general counsel and executive vice president of Kessler Financial Services, a privately-held company focused on providing advisory services in developing and marketing financial service products through distribution partnerships.

Silberman will serve as acting deputy director while a search for a replacement is conducted.

“David has been an integral part of the Bureau’s leadership team from the very beginning, and I am pleased that he will be taking on the role of acting deputy director,” said CFPB Director Richard Cordray.

“David has helped to lead the Bureau’s policy and regulatory efforts and put in place new protections that will benefit all Americans. David’s knowledge, fairness, and judgment will continue to be invaluable to the Bureau as we carry out our work improving markets for consumers. And although we will miss Meredith, we remain grateful for her contributions to the Bureau and the public we serve.”

The number of private-label RMBS offerings in January has climbed to 19, and we still have a week to go before the month is out.