The West Coast has dominated the top ten real estate market list for many months now, causing some people to be concerned that these market are overheated.

Here’s a chart of the 10 hottest U.S. housing markets: 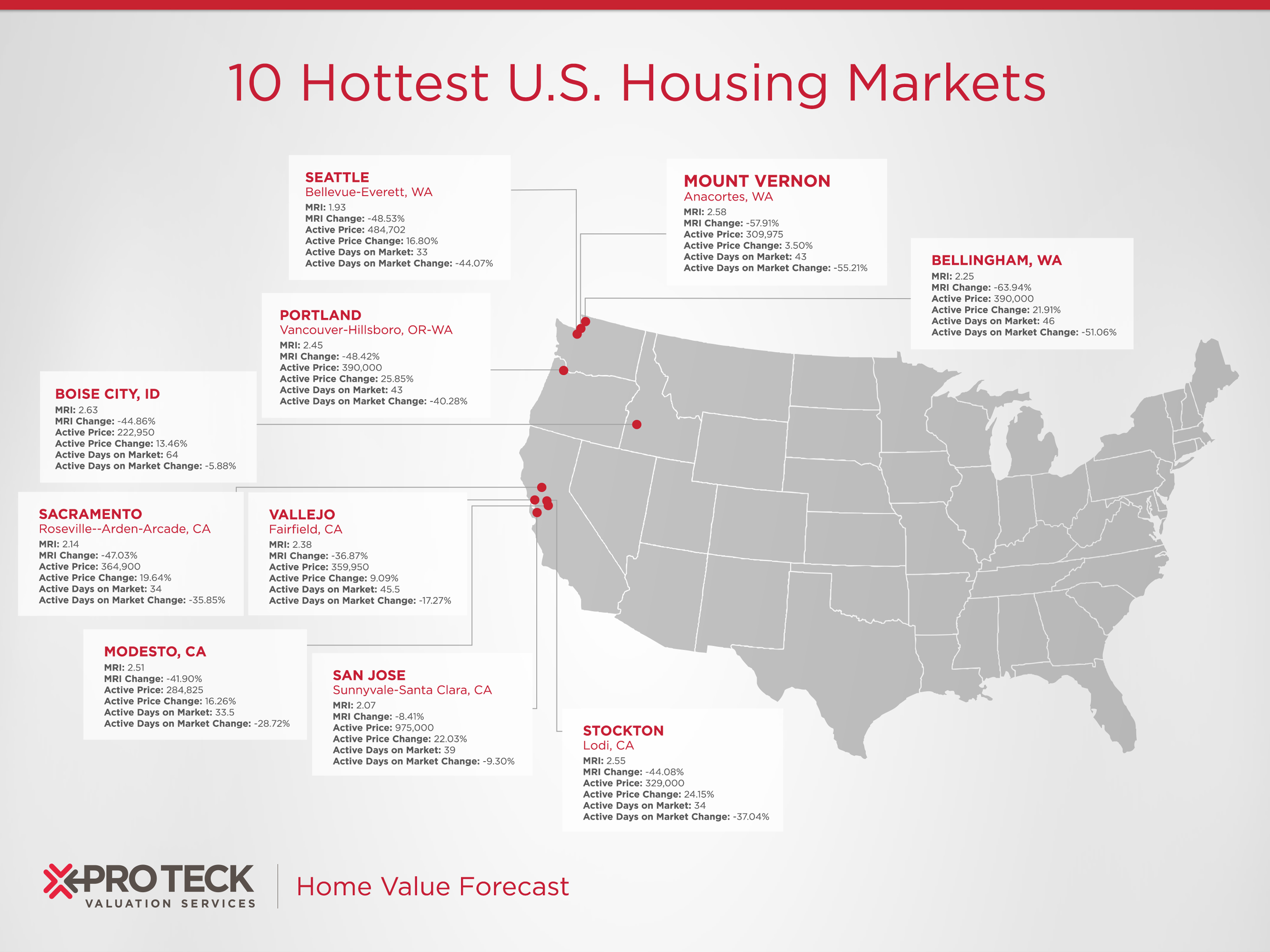 To begin, Pro Teck analyzed the price history and collateral analytics forecast for all ten markets. This resulted in the following findings:

While a bubble can be made up from a compilation of factors, the report explained that one of the most important factors is home affordability.

“Affordability is derived by looking at the median income for a particular area as a ratio to the mortgage payment needed to purchase a median priced home. An index score above 100 signifies that a household earning the median income has more than enough income to afford the mortgage,” the report stated. 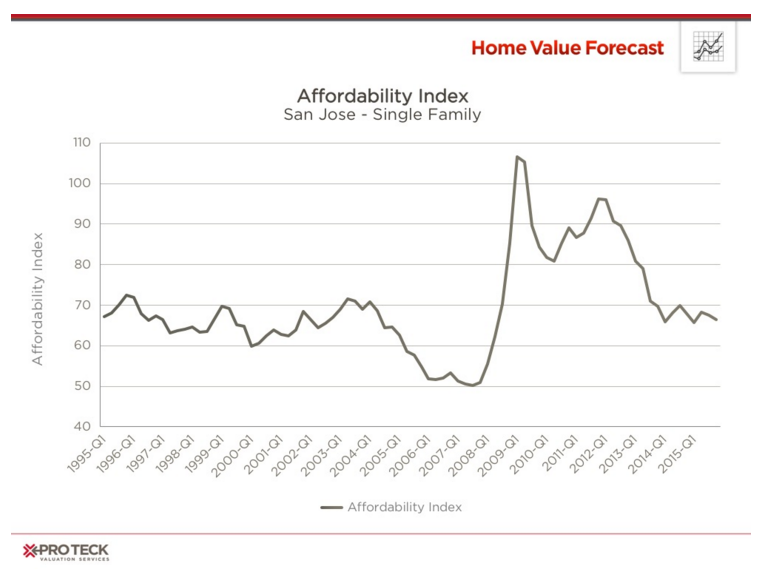 Currently, San Jose has returned to averaging around 70, showing that income has increased to meet historic norms for the area. This isn’t a cause for concern unless it drops into the 50s like it did 2005-2007.

On the other hand, Stockton has been a more affordable place to live, averaging an index over 100 until 2001. It has averaged slightly above 120 ever since 2013.

So as far as a possible a housing bubble is concerned, Pro Teck said, “The above are examples of what we see for all of our top ten CBSAs – while home prices are increasing, affordability is at or above historic norms and nowhere near ‘bubble’ territory of 2004-2007.”