It’s now almost a month since the TILA-RESPA Integrated Disclosure rule went live, and the effects are being felt up and down the pipeline across a variety of services and specialties in the mortgage finance industry.

This week, HousingWire asked Erin Sheckler, president of NexTitle, a title company based in Washington state, to discuss how the TRID rule from the Consumer Financial Protection Bureau will affect real estate transactions in the title space.

HousingWire: How has the TILA-RESPA Integrated Disclosure rule affected the transaction process from the title perspective?

Erin Sheckler: It’s a little early to tell since we’re really in the infancy of implementation. Currently, we are supplying quotes for the Loan Estimate but preparation and 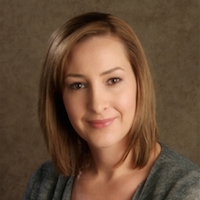 disclosure of the Loan Estimate resides with the lender. Early accuracy and communication are critical. If the information provided by the settlement service provider or title insurer is incomplete or changes, the initial Loan Estimate will have deficiencies, potentially requiring re-disclosure. We are all slowing down to check and double check the information being provided.

HW: Now that it's been a couple of weeks, where are title companies finding the biggest challenges in dealing with TRID, whether it's happening in their own space or up or down the pipeline?

ES: One of the biggest obstacles is disclosing title premiums under the rules of the CFPB. Since the Loan Estimate is intended to mirror the Closing Disclosure Form (CDF), title and settlement service providers must be mindful of how rates and fees are initially conveyed to the Lender – accuracy is critical. Rate calculators and other quoting services need to be updated to ensure that rates are disclosed as required under the rule. The single biggest challenge so far has been the calculation method required by the CFPB. It creates the necessity to disclose inaccurate title premiums in states where the lender’s title insurance premium is reduced when purchased simultaneously with owner’s title insurance. In areas where it is common for the seller to pay for the owner’s title insurance, the “cash to close” disclosed on both the Loan Estimate and the CDF may require manipulation, as well as the “cash from/to the seller” amount on the Seller’s CDF. This has been an incredibly difficult concept to impart to both the settlement agents and the lender. It’s created confusion and inaccuracy despite the stated goal of the CFPB of increased transparency.

HW: Based on the experience so far, do you think title companies and the rest of the industry will be ready when the official or unofficial grace period for TRID closes?

ES: I think it would be unwise for anyone to delay readiness due to any official or unofficial grace period offered by the CFPB. The grace period does not protect lenders from lawsuits and investors. TILA provides borrowers with a private cause of action. The regulatory grace period also does little to insulate lenders from liability during this transition. If an investor rejects a loan as unsalable, it will hardly matter that the lender escaped a fine from the CFPB. Without broad-based relief, lenders still face liability during the restrained enforcement period and are proceeding accordingly. Likewise, settlement service providers and title insurers should follow suit.

It is still very early to speculate on how widespread and to what extent the industry will be affected by TRID. As we get through the next few months and we begin to sit down at the closing table with consumers and the new Closing Disclosure Form we will have a much better view into what a post-TRID world looks like.