Mortgage rates remained largely unchanged in the lead up to the Federal Open Market Committee’s announcement on Thursday on whether interest rates will rise or not, the latest Freddie Mac Primary Mortgage Market Survey said.

The 5-year Treasury-indexed hybrid adjustable-rate mortgage averaged 2.92% this week, compared to 2.91% last week. A year ago, the 5-year ARM averaged 3.06%. 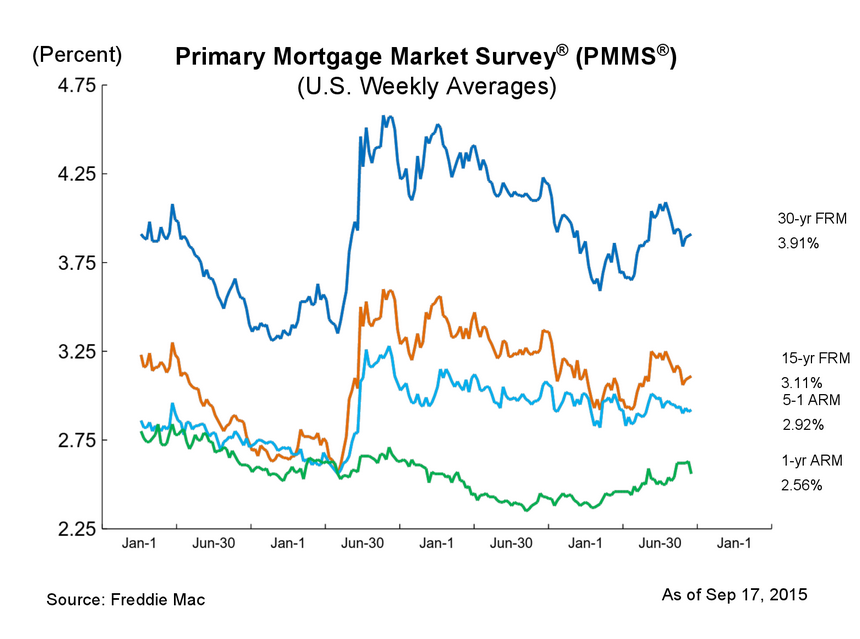 “The Treasury market was relatively quiet this week, and as a result the 30-year mortgage rate barely budged,” said Sean Becketti, chief economist with Freddie Mac.

Becketti also touched on the possible news from the Federal Reserve that it would announce the first real rate hike in seven years.

“Even if the Fed decides to raise short-term interest rates, we don't expect a significant impact on the housing market.  We're still on track for the best year of home sales since 2007,” he said.

“And in contrast to two years ago, when mortgage rates spiked in response to the Taper Talk, the economy is in much better shape and markets have been expecting the Fed to act for months. While our outlook incorporates a moderate increase in mortgage rates over the next 18 months, rates are likely to remain low by historical standards and should not be a determining factor for most Americans looking to purchase a home,” Becketti continued.

In the most recent FOMC meeting minutes from July 28-29, the committee announcement said, “When the committee decides to begin to remove policy accommodation, it will take a balanced approach consistent with its longer-run goals of maximum employment and inflation of 2%.”