The family of the Arizona Realtor missing since mid-June is giving up hope on finding Sidney Cranston alive.

Cranston, was last seen on June 16 when he reportedly went to show an unknown property to an unknown client near Kingman, Arizona, about 100 miles southeast of Las Vegas.

In an emotional and raw interview with Doug McMurdo of the Daily Miner, the family members say that they are at the point of asking hunters, particularly those who will be in the Hualapai Mountains, to be on the lookout for the 40-year-old man's remains.

"We have to be realistic," said Chris Cranston, Sid Cranston's brother, from his home in North Carolina. "They're obviously not going to find him alive, sitting down drinking a bottle of water."

McMurdo reports that Chris Cranston just wants to have closure at this point, asking that if the person or persons responsible just let the police know where his brother’s remains are, so that the family doesn't spend the rest of their lives not knowing.

"If you wait until someone else finds Sid, it will be too late to do the right thing," Chris Cranston told McMurdo. 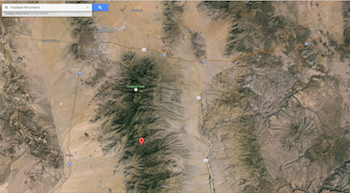 "Look for shoes, a ball cap, clothing, anything that might lead the police to Sid," said Jenna Nelson, a family friend. "We're asking for hunters to help because they probably know how to tell the difference between animal and human bones."