Jacob Gaffney has been named editor-in-chief for HousingWire, the nation's leading source of news and information for the U.S. housing economy.

In his new role, the six-year HW veteran and former executive editor will have responsibility for leading all of HousingWire's editorial direction and products.

Gaffney's promotion represents the first time HousingWire has had an editor-in-chief separate from the company's founder and CEO, Paul Jackson. 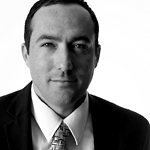 "Jacob has not only been with HousingWire since our very early days, he's also proven himself to be a valuable and talented leader within our editorial department," Jackson said. "We're honored to promote him into this important role, not only for our company but for the industry at-large as well."

Gaffney joined HousingWire in early 2009 as one of HousingWire's very first members of editorial staff, and has served as executive editor at HousingWire since 2013.

Prior to joining HousingWire, Gaffney covered the global securitizations market for Reuters and SourceMedia in London.