Once again, home prices, competition from other borrowers and housing inventory made the list of top homebuyers concerns in 2015, according to the latest Redfin report.

However, rising mortgage rates and fatigue, which were fourth and fifth, respectively, no longer were on the list.

Instead, selling their current home and making a down payment replaced the bottom two on the list.

This chart shows the top options people were concerned about. 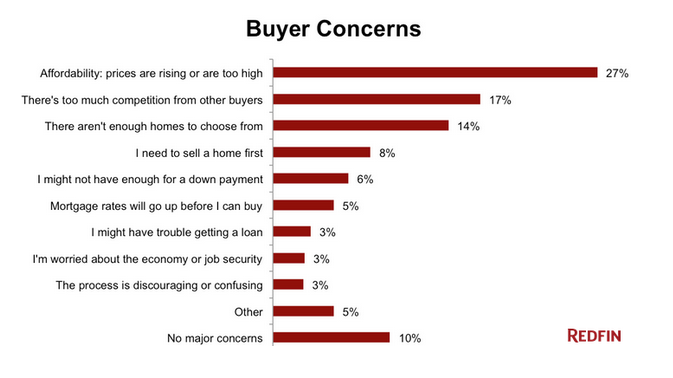 Redfin explained that this did not come as a giant surprise given that nearly 27% of the more than 3,500 buyers it heard from last month listed high or rising prices as their top concern.