The Consumer Financial Protection Bureau announced that Meredith Fuchs will serve as acting deputy director when Deputy Director Steve Antonakes steps down at the end of July. 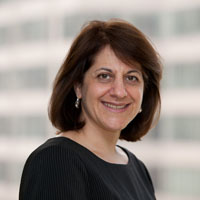 Antonakes announced on Wednesday in an internal memo to employees that he is stepping down in order to spend more time closer to home.

Having commuted from Boston for nearly five years, I have logged hundreds of thousands of miles and missed entirely too many class plays, teacher conference meetings, and little league games.  Accordingly, I have decided to return home to Massachusetts and pursue opportunities that will ensure that I am home for dinner with my wife and family and can assist my five children with their homework.

Check here for the rest of the memo.

The CFPB named Steve Antonakes as deputy director back in September 2013, and since then, he has made a name in the industry for his sometimes shocking speeches.

In response to Antonakes stepping down, CFPB Director Richard Cordray, said, “Steve has been an enormous asset to the Bureau, and a great friend and colleague to me since the early days of the agency.”

“His contributions to this agency have been extensive in his dual roles as Deputy Director and Associate Director of Supervision, Enforcement, and Fair Lending and he will be sorely missed. Meredith’s experience and vision have helped build the Bureau since before we opened our doors, and I could not be more pleased that she has agreed to take on the role of Acting Deputy Director. I am deeply grateful to Steve and Meredith for their contributions to the CFPB and the American public we serve,” Cordray continued.

Fuchs joined the bureau in 2011 as principal deputy general counsel before serving as chief of staff to CFPB Director Richard Cordray.

Prior to joining the CFPB, she served as chief investigative counsel of the United States House of Representatives Committee on Energy and Commerce.

He joined the bureau in June 2011 as counsel to Steve Antonakes in his capacity as assistant director for large bank supervision.