An Arizona Realtor has been missing for a week now and although local law enforcement officials are actively searching, family and friends fear the trail is going cold.

Sidney Cranston Jr., 40, was last seen on June 16 when he reportedly went to show an unknown property to an unknown client near Kingman, Arizona, about 100 miles southeast of Las Vegas.

Cranston was last seen at noon by a friend he had lunch with, and according to local media and police reports, his last phone call was logged at 1:30 p.m.

“He saw Sid speaking to [someone in] a white SUV. [Sid] went in the garage, back to what he was doing, and the next time he looked over, the garage was closed, Sid was gone and the SUV was gone,” Chris Cranston reported. 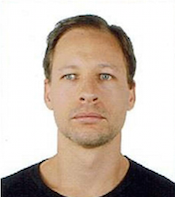 More troubling, friends and family say that the missing Realtor recently had a disagreement with a client couple, who happen to own a white SUV.

Sid Cranston was supposed to show a 10-acre property that day, but he did not inform family or co-workers who the clients were – which is one of several safety recommendations that the National Association of Realtors suggests for agents.

In an emotional interview, Chris Cranston – who lives in North Carolina but is in Arizona for the search for his older brother – said he is frustrated and full of questions.

Cranston has hired a private investigator to help, and to investigate separately from the police.

"I'm at my wit's end searching for answers," he told the publication. "I'm out of ideas and I'm overwhelmed. I feel like I'm running around kicking tires, and my brother is still missing.

"Sidney has always been super accountable," Chris Cranston told the publication. "That's why I know he's not anywhere of his own free will. In fact, I'm just worried that he's not with us anymore."

The Mohave County Sheriff's Office and the Kingman Police Department are actively investigating his disappearance and are asking the public for any information. Anyone with information is urged to contact the Kingman Police Department at (928) 753-2191, report tips online at www.kingmanpolice.com, or report anonymously by calling Mohave Silent Witness at (928) 753-1234.

He was last seen wearing a gray ball cap, prescription glasses, a white sleeveless T-shirt, blue jeans, and multicolored tennis shoes. He reportedly had several thousand dollars in his pocket, but there has been no activity on his bank cards or accounts.

Friends of Sid are also now taking to Twitter in an effort to find him: