While homeowner-vacated zombie foreclosures are improving across the country, they still remain, and are getting worse, in some top-foreclosure states like New Jersey and New York.

Here comes the not-so-positive half. Zombie foreclosure are still up from a year ago in half of U.S. metros, increasing in 91 of the 183 metropolitan statistical areas analyzed in the report.

For a more visually appealing view of the data, check out the infographic below. 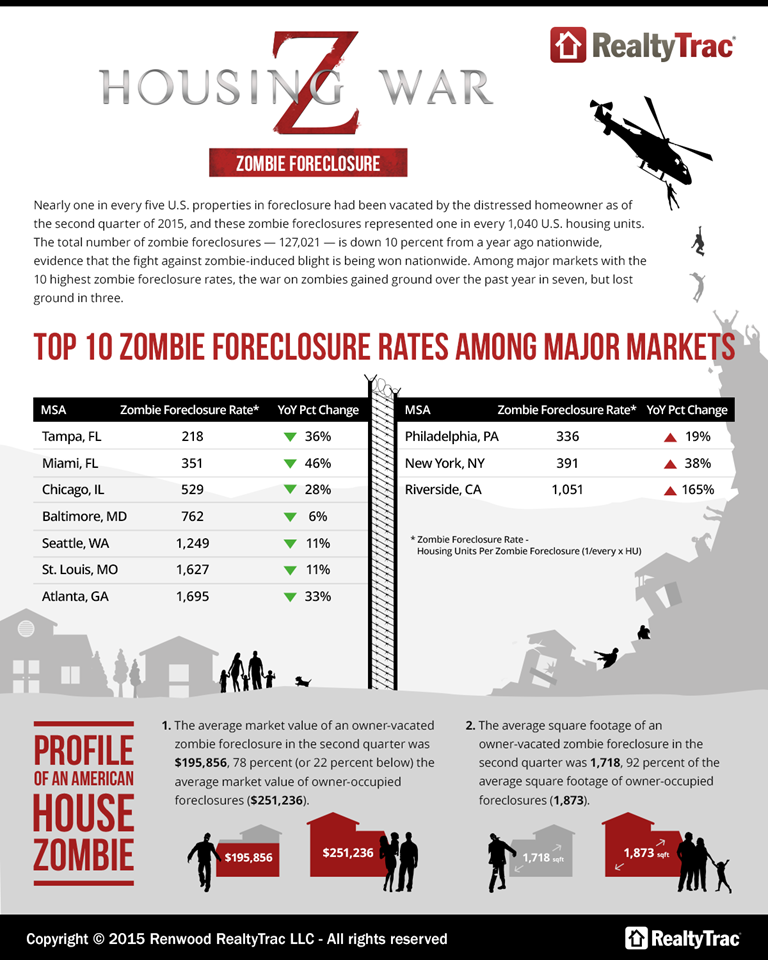