During today’s Housing Policy Council at the Financial Services Roundtable, being held right now in Washington, D.C., several housing experts gathered during a panel to talk about why millennials aren’t buying homes.

The panel, titled “Millennials: The Issues Facing Emerging U.S. Homebuyers,” was moderated by HousingWire reporter Brena Swanson, herself a millennial who prefers renting.

The panelists consisted of one economist and two executives from Black Knight Financial Services (BKFS), Fannie Mae and Redfin.

In her opening remarks, Swanson discussed initiatives among mortgage lenders to move more operations online. Based on discussions she has with these institutions, her advice is to actively engage millennials via social media. “Meet us online,” she said, adding “whether you like it or not, we’ll tell you what we think.”

And during his presentation, Mark Palim, vice president for applied economic and housing research at Fannie Mae, gave the big reasons why millennials don’t want to buy homes. The primary reason? Perception that they won’t qualify and can’t meet the down payment. 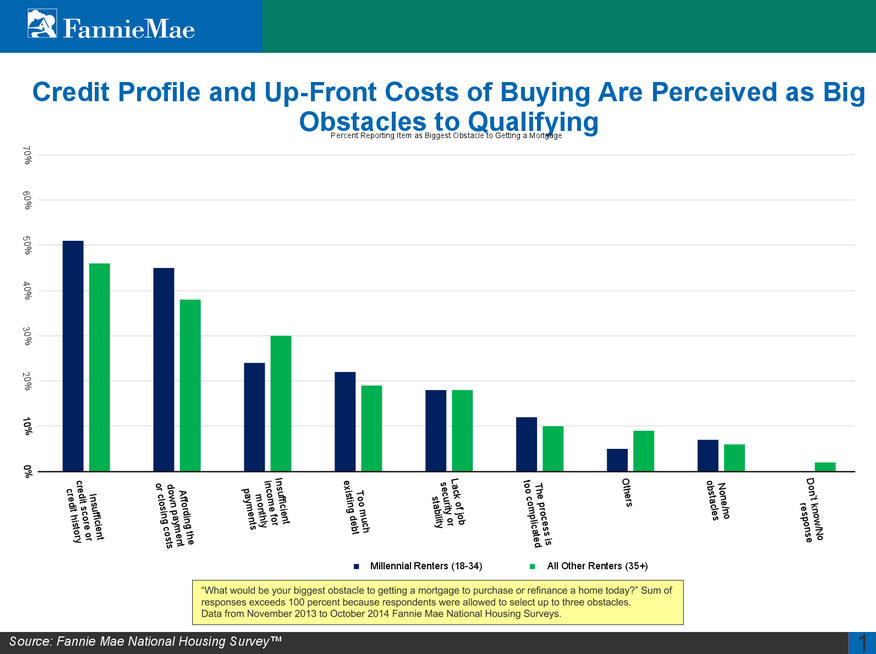 “Homes remain more affordable than pre-bubble norm,” he pointed out. Myers also backed Swanson’s advice for lenders to get more active online: “Most of this generation gets info on a smartphone or tablet. They see a screen, expect to touch it, and see it move.”

Nela Richardson, chief economist at Redfin, who also attended the event, called having children “the great equalizer,” indicating the millennial homeownership market will likely expand as more in the generation reproduce.

“92% of millennials who don’t own a home, say they plan to buy in the next four years,” Richardson said, adding that millennials are more likely to cohabitate, get a mortgage and then get a home loan. “Mortgages before marriage,” Richardson joked to the audience.

‘Cash is king’ should be mantra for mortgage leaders

In a challenging mortgage industry climate, it’s vital to conserve cash. Here are some strategies to implement.