So you may have read already in the news or on the Twitters that starting Monday, Starbucks (SBUX) baristas will be buttonholing customers about their thoughts on race relations.

Starbucks CEO Howard Schultz says he wants to get people talking about race, which may be a noble if nebulous goal. (Though it seems like we talk about race in this country all the damn time.) But I don’t think he thought this through.

For starters, it’s so tone deaf and white knight that every one of the press photos that Starbucks put out to promote the thing shows white hands holding coffee cups. 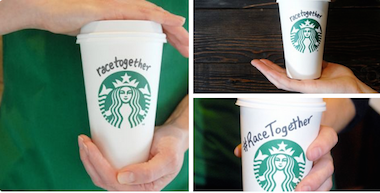 Starbucks is about as racially diverse as the MSNBC show host line-up.

And really, most of us just want a little coffee in the morning, not a venti national conversation. And I don’t need lectures from this guy. 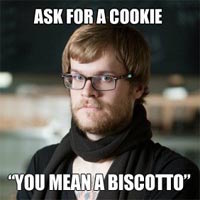 The interactions should be entertaining, though.

“Welcome to Starbucks, how do you want your coffee?”

“Um, I feel like this question is a trap.”

“Good morning, white person. Do you want room for guilt in your coffee?”

“Hello, person of color. Welcome to Starbucks. How oppressed are you feeling today?”

But aside from the fun of watching people looking sheepish or guilty about their white mocha privilege, this is particularly tone deaf for another reason.

Every single Starbucks coffee shop is like a harbinger of gentrification. Where they go, white and Asian hipsters and progressives follow – driving up the price of real estate and generally making housing less affordable for blacks and Hispanics.

Before calling me off my rocker, this comes from Zillow Group (Z) CEO Spencer Rascoff and Zillow Chief Economist Stan Humphries. Rascoff and Humphries provide a solid foundation for their claim.

Here’s what we can tell you: Starbucks equates with venti-sized home-value appreciation. Moreover, Starbucks seems to be fueling—not following—these higher home values.

And the reason why is that Starbucks’ real estate choices are, in their words, “as much an art as a science.” When deciding where to hang its next shingle, the company marries right-brain ingenuity with hard-headed, left-brain analysis—exactly as you should.

Now, there’s two sides to the issue of gentrification. Driving up home prices can be good for the neighborhood. It can revive otherwise urban wastelands. On the other side, blacks and people with lower income are already getting the short stick on housing.

Of course there is a funny side to gentrification.

At the bottom of the coffee cup, this is going to be a fun thing to watch. I think if I set my mind to it and act really evil, I could probably use some twisted logic and buzzword legerdemain to get a barista to accidentally agree with re-segregation or reparations for slavery or something.

Coffee houses are made for conversation. But good conversations happen as organically as the beans claim to be. They happen among friends. They aren’t directed from a corporate suite.

In the big scheme of things, this Starbucks stunt might work by accident.

I think people of all colors, races, and creeds can join together in laughing at Starbucks. 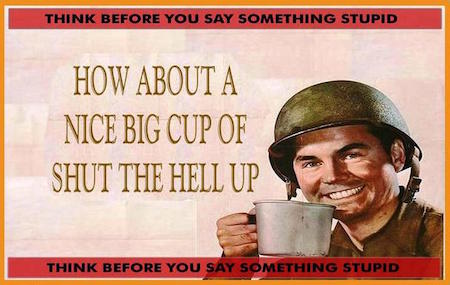 …and get my coffee already.