On Aug. 1 the industry will be forced to comply with the Consumer Financial Protection Bureau’s Truth In Lending Act and the Real Estate Settlement Procedures Act.

Olson used this chart to show the different tolerance buckets that come with the new rule.

However, Olson explained that implementation has been extraordinarily challenging for the industry and involves extensive compliance issues and remediation.

Rebroadcasts of the webinar are available here. 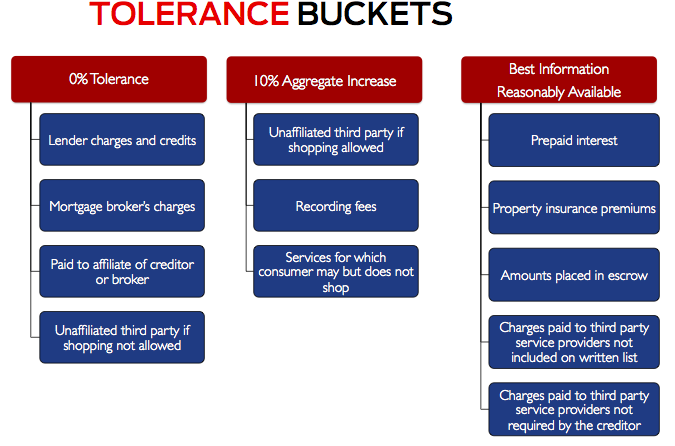