When you’re a kid everything looks big, but when you grow up, you realize that some things that were huge then aren’t so much.

Growing up is like getting close to the fairy castle in Disneyworld – from the gates it looks huge. Up close and you realize it’s an optical illusion.

Here are five that seemed like giant places when I was young. Want to add your own?

Growing up in the shadow of Memphis, we’d catch glimpses of Elvis arriving at his palatial estate in one of his dozens of Cadillacs and think, “Wow, that’s how royalty lives.”

And it was – he was is the King. But I went to Graceland as an adult – on my second date with my future wife, incidentally – and it was just…not so impressive.

Granted, what was luxury 50 years ago is common today. It was a big deal that Elvis had a playroom with three televisions so he could watch all three networks. (The King doesn't do PBS.) Now, the poorest households have multiple televisions. And peanut butter/'nanner sandwiches. 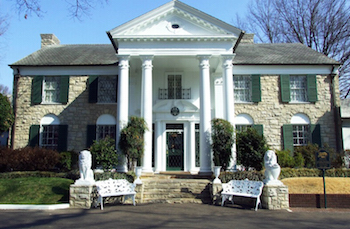 The Colonial style mansion does have a pretty nice square footage – it was originally built to around 10,000 square feet, and expanded to more than 17,000 square feet housing 23 rooms. But it’s just not the American Versailles it appeared to be back in the days when Elvis rocked the jumpsuit.

(Fun fact: The tour guides will threaten to throw you out when you annoyingly ask how they vacuum the carpet on the ceiling in the Jungle Room, or which room held the King’s medicine cabinet.)

At 54,000-plus square feet (that we know of – not counting things like the rooms they keep for Jack Bauer to interrogate suspects and the war room where General Turgidson and Dr. Strangelove hang out) this isn’t a small residence, but considering how much is cramped office space and how little is residence, the White House is immensely smaller than you think. 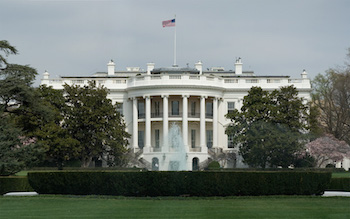 Most of the square footage is built underground, so the actual house of the White House is pretty unimpressive. Much like so many of its occupants.

And it’s got rats. That’s not a political statement.

If I said 380 S. San Rafael in Pasadena, you’d say “Huh?” But if I said “stately Wayne Manor” in a cheesy 1960s TV announcer voice, you’d know I mean the place with the bat poles, the Shakespeare bust, and the totally inconspicuous red phone with a single button in the study. 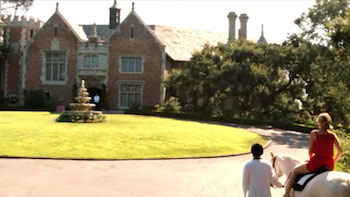 It looked like a mansion in the Batman TV series. And it is impressive in its own right as Zillow shows – 10 bedrooms and 16,000-plus square feet on several acres.  But considering that the home last sold for $4.4 million, and that Forbes calculates that Bruce Wayne’s net worth is somewhere around $6.9 billion – well, I guess all those wonderful toys eat up the man’s budget.

With a cement pond out back and 10 bedrooms, the Clampett’s mansion boasts more than 20,000 square feet on 6-plus acres in Los Angeles on Bel Air Road. 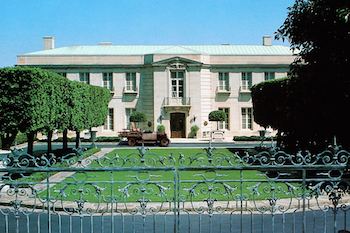 And it is worth today $18.4 million by the Zestimate – which I question not because of the unreliability, but because the place has a lot of bullet holes from Jed’s target shooting, and the possum smell cooked into the walls of the kitchen. But like Wayne Manor, it’s pretty small a place for a man that Forbes estimates is worth $9.8 billion.

It's home of intrigue, drama, and what some say is evil personified in J.R. Which is unfair; J.R. is like Germany – just ambitious and misunderstood. And it’s also home to a family of billionaires who, like too many Millennials, also still live at home. 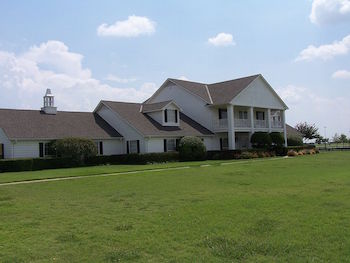 Seriously – most of the Ewing clan lived on the ranch, and the house itself is a mere 5,900 square feet. I mean, this place is smaller than some homes in my neighborhood.

So – what have you got? Post them below and tell us why.