The year-over-year share has fallen each month since January 2013, making September the 21st consecutive month of declines.

Month over month, the cash sales share ticked up by one percentage point, however, cash sales share comparisons should be made on a year-over-year basis due to the seasonal nature of the housing market.

Prior to the housing crisis, the cash sales share of total home sales averaged approximately 25%.

The peak occurred in January 2011 when cash transactions made up 46.4% of total home sales. 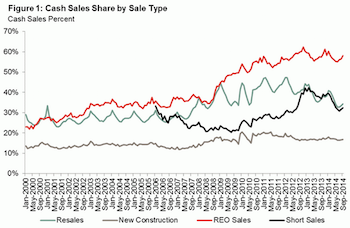 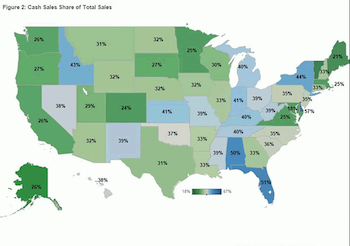 Washington-Arlington-Alexandria, D.C.-Va.-Md. had the lowest cash sales share at 16.2%.