A Missouri couple isn’t happy with the bunch of Flagler County, Florida surveyors and homebuilders who constructed their $680,000 dream, beachfront home.

The home is fine, it's just in the wrong place.

The home is in a gated community in the exclusive Ocean Hammock subdivision, accessible from the air or beach.

Mark and Brenda Voss commissioned Keystone Homes to build a three-story home for $680,000, but on a lot different than where it ended up.

"It was built on (lot) 11. It was supposed to be built on 12. All three of our surveys shows it being on lot 12," Flagler County Chief Building Official Mark Boice told local media.

Keystone Homes told Boice that they had the proper survey and paperwork, and he signed off on it.

The Flagler County property appraiser and the executive director of the Flagler County Home Builders Association both said Keystone Homes has a great reputation, having built more than 600 homes in the area, but they said this type of mistake happens more often than people think.

The Vosses reportedly told local media that they are in total disbelief of the situation.

The home was surveyed by East Coast Land Surveying in 2013. Reportedly, the surveyors incorrectly marked the stakes for the home, causing any construction done after the survey to be on the wrong property.

The mistake was uncovered in September by a surveyor working nearby, after the house had been rented several times. 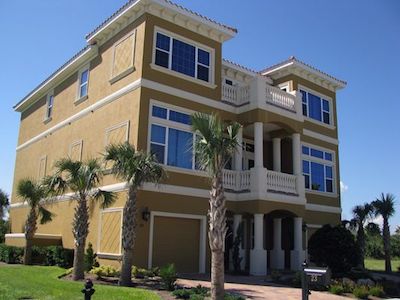 Working with buyers in the nation’s hottest housing market

Prices are up, supply is down. Here’s how lenders and agents are working with buyers in Austin, Texas, the nation’s hottest housing market.