Police say that Crye-Leike Realtor Beverly Carter, 49, of Scott, Ark., was last heard from when she called her husband, Carl Carter, about 5:30 p.m. Sept. 25.

She reportedly told her husband she was going to show a foreclosed home at 14202 Old River Drive to a client she had not met before. 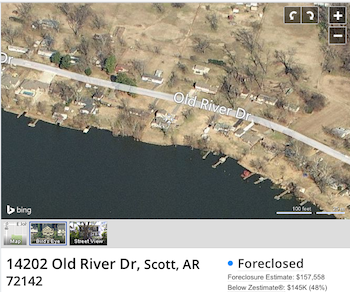 Deputies investigating the case say that there was nothing apparently missing except for the door lock that real estate agents use for key.

"I just want my wife back," says Carter. To see his full interview with local Arkansas media, click here.

According to local news reports, Sheriff’s investigators roped off the driveway to the home Carter was showing and a crime scene vehicle sat at the very front of the driveway Friday morning. Carter's SUV was parked farther down outside the home with police evidence markers set on the ground near it.

North Little Rock area real estate agents have volunteered for search efforts and have been blanketing the area, looking for information or evidence, and passing out fliers with information about Carter.

"It's a reality check actually to make sure people know where we are and who we are showing property to," says Carter's fellow realtor, Staci Medlock.