While the cash sales share also fell month over month from the 34.4% reported in May 2014, cash sales share comparisons should be made on a year-over-year basis due to the seasonal nature of the housing market.

The share has fallen year over year each month since January 2013. 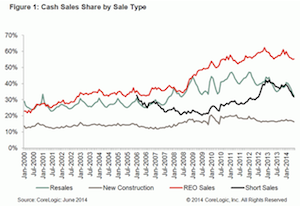 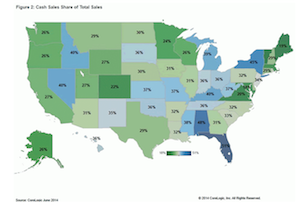