Foreclosure starts in July were up for the third consecutive month even as the overall inventory continues to decline, according to Black Knight Financial Services.

This is Black Knight’s analysis of the July 2014 month-end mortgage performance statistics derived from its loan-level database representing approximately two-thirds of the overall market.

The national foreclosure inventory is down 34% from July 2013. At the current rate, it is now the lowest since March 2008, at the start of the housing crisis.

Despite the increase in foreclosure starts, starts are still down almost 20% from July 2013, which is a significant improvement. 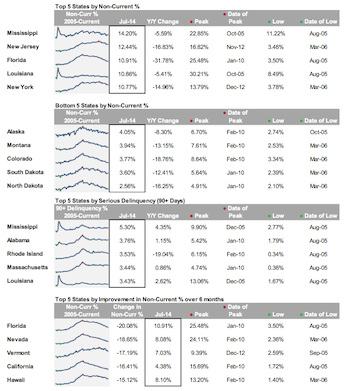 Even more good news, the rate of prepayment is up more than 10 percent in July, making it the fifth consecutive monthly increase.