Residential construction overall may have stalled out after a brisk 2013, but what is being built shows Americans haven’t lost their desire for a little more elbow room in their homesteads.

According to just released data from the U.S. Census Bureau, both the median and average size of a new single-family home built in 2013 hit new all time highs of 2,384 and 2,598 square feet, respectively.

Interestingly enough, the trend of preferring to build bigger homes was reported last week. Dallas homebuilders said they wouldn't build a home that sells for $250,000 for fear it won't sell.

The average new single-family home sold was built on a lot of 15,456 square feet.

There were 91,000 contractor-built single-family homes started in 2013.

The one segment of new home sales which appears to be flourishing is larger, more luxurious homes, which cater to the upper income set.

Meanwhile, there are bigger homes, but fewer new households being formed.

According to Census Bureau data, in the first quarter the number of households formed each month was 189,000, which is down from 1,563,000 in 2013, dropping more or less steadily. 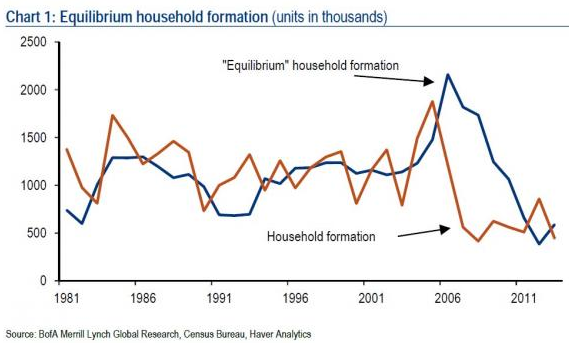 Among home builders, 59% reported last month that there is a “low” or “very low” supply of developed lots in their market areas. 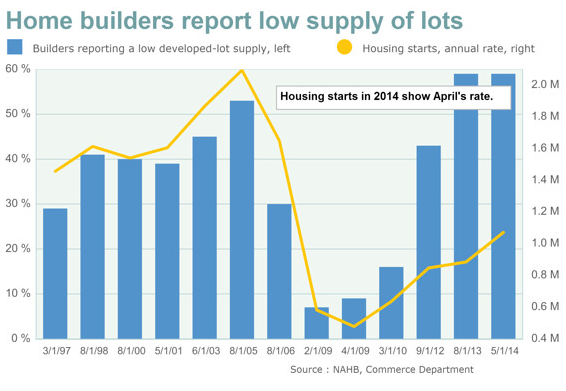 Highlights of the Census Bureau’s survey of new homes built in 2013 include the following.

The average square footage of multifamily units built for rent was 1,082.

[PULSE] Does the mortgage industry view foreclosure as a last resort?

Even in normal conditions foreclosure is a cumbersome solution to the problem of the defaulting borrower. It can produce vacant and abandoned properties, because as soon as the residents receive notice that the house will be going into foreclosure, they face uncertainty about when they will be ousted, which prompts many to vacate the premises before getting thrown out.