Before you can fully enjoy the sunshine of summer, you have to get through the April showers, in addition to any other natural disaster that might come through your neck of the woods.

The weather is a common variable that plays into the success of housing, with this year being no exception.

Back in January, HousingWire published a list of the top 10 cities to avoid natural disasters, but if you are not fortunate enough to live in one of those weather havens, you still might be well off…unless you live in one of these cities.

RealtyTrac and HousingWire complied a list of the 13 riskiest cities for natural disasters:

(All 13 cities rank evenly and wield the highest 1.8 disaster rating) 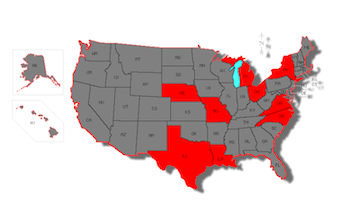 Cleveland hosts almost 400,000 people and has a high risk of hurricane, hail and snow, with snow posting a very high risk. However, the city only has a moderate thunderstorm and rain risk, recording an average of 13.73 thunderstorm days. 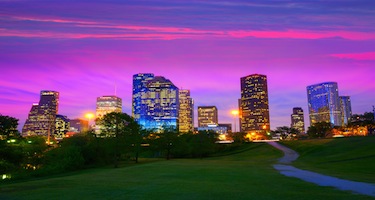 This Southern city is the largest city on the list, with over 2 million people. While the threat of snow is foreign to the city, hurricanes, hail, rain and thunderstorms pose a very real threat. The city is right next to the Gulf of Mexico and recorded a 258.83 on the hail scale to prove it.

Although Baton Rouge only posts a moderate rain risk, it has a very high hail and thunderstorm risk. This city has a little more than 200,000 people and reports the highest amount of average rainfall, sitting at 50.26 inches.

The risk of snow in Buffalo is practically a guarantee, with the city recording an average of 78.76 inches of snow. This is on top of its high risk of rain, which posted an average of 43.95 inches.

Just off the East Coast, Greensboro almost has a population of 300,000 people. The city recorded a very high rain risk, with an average 39.14 days of thunderstorms. 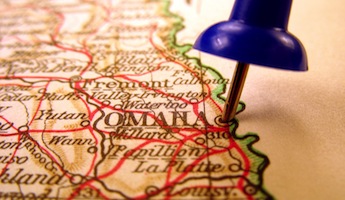 Omaha significantly beats the rest of the list when it comes to hail risks, posting a 655.95 on the hail scale. The city has just more than 400,000 people and is one of the few cities on the list to pose a tornado risk, albeit a moderate risk.

As one of the smaller cities on the list, Chesapeake posted a very high thunderstorm and hurricane risk, reporting an average of 34.03 thunderstorm days.

Located in the Midwest, Kansas City has a population slightly more than 450,000. In addition, it has a moderate tornado risk and one of the highest hail risks, which hits 970.5 on the hail scale.

This is the second city located in North Carolina, so it is no surprise that this city recorded a high rain risk and a very high hurricane risk.

Islip is located due east of New York City, and its population is a little more than 300,000. It ranks pretty evenly across the board, with a very high hurricane risk. 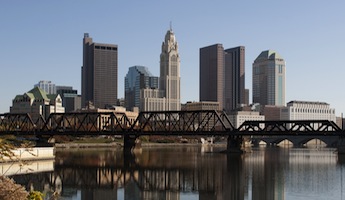 The capital of Ohio has a population of nearly 800,000 and recorded a high hurricane, rain and thunderstorm risk.  On average, the city posts an average of 29.98 thunderstorm days.

This East coast city recorded a high hurricane risk and a high rain risk, with an average of 36.98 inches of rain. However, it posted low risk of thunderstorms, with a small average of 8.28 thunderstorm days. 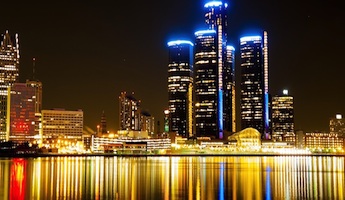 This is the only city in the top 13 to rank high on tornado risk. With a population of slightly more than 700,000, Detroit also posts a high hail and snow risk.