First up, home sales and weather in one graph that shows you it wasn't the weather slowing pending home sales. 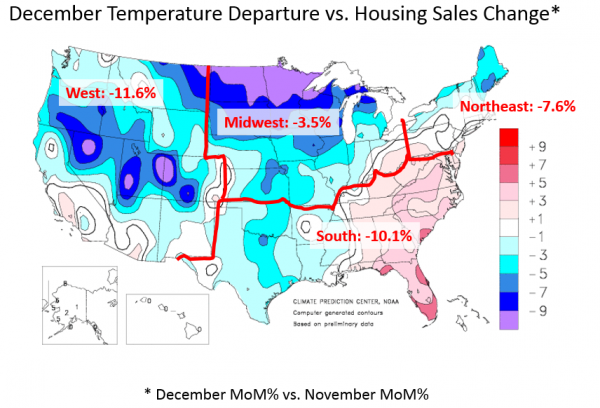 That's when there were literally 50 servers for the world wide web, the .gov and .org domains were unpopulated, and Microsoft released Windows 4.0 (It crashed.)

So despite iEverything and a nation where everyone is connected today, we're talking about fewer orders than there were back the very first web cam debuted.

Let that sink in.

Finally, if you're thinking the slowdown in spending is just a temporary thing, you may be right. But while there will be retail, what's happening to retail foot traffic is an ill omen for retail real estate in general.